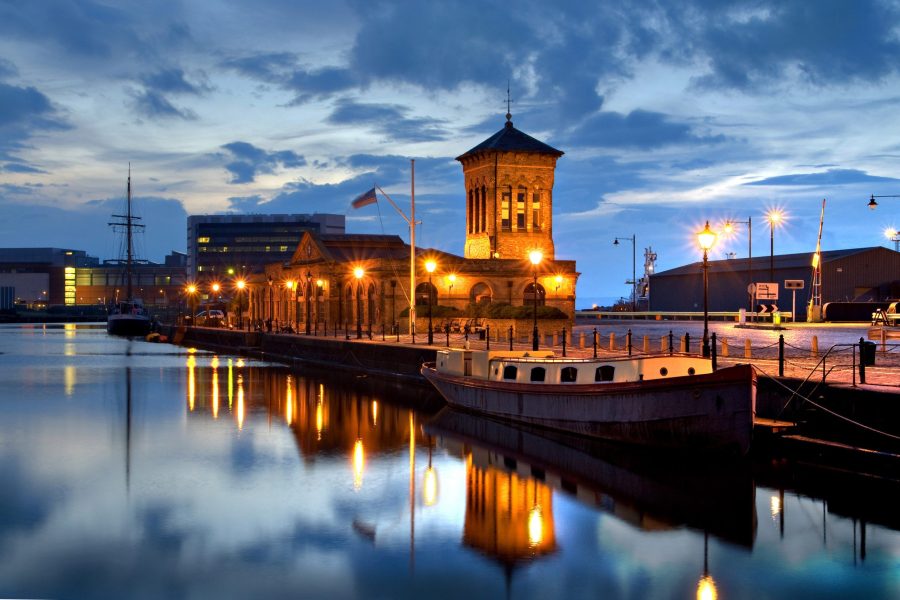 From the famous Winter Festival and historic castle, to tea aboard the HMS Britannia and coastal roadtrip, Edinburgh and its stunning surroundings will delight every visitor. Words: Karen Allan

Edinburgh is without doubt one of the most beautiful cities in the world. From the cobbled streets of the Old Town to the regenerated harbourside area of Leith, it is a multi-faceted jewel even without the crown of its famous Castle.

In the summertime the place is picture-perfect, but it is simply magical in the winter months with its sandstone buildings silhouetted against a clear, blue sky. Not only do its Hogmanay celebrations show the world how to party, but its German Market in Princes Street Gardens is a delight in everything Christmassy.

The history of the city is perhaps told best through its architecture. It started with the multi-storey buildings in the Old Town, along with the fishing and trade port of Leith – now the resting place of the Royal Yacht Britannia. Then in the late 18th century, residents wanted homes more befitting the city’s status, which was then a hotbed of scientific and literary advancements, so they built the attractive Georgian and Victorian architecture in the New Town.

It’s easy to find your way around armed with only a guidebook, and the numerous ghost or literary tours do add a little spice to the visit. 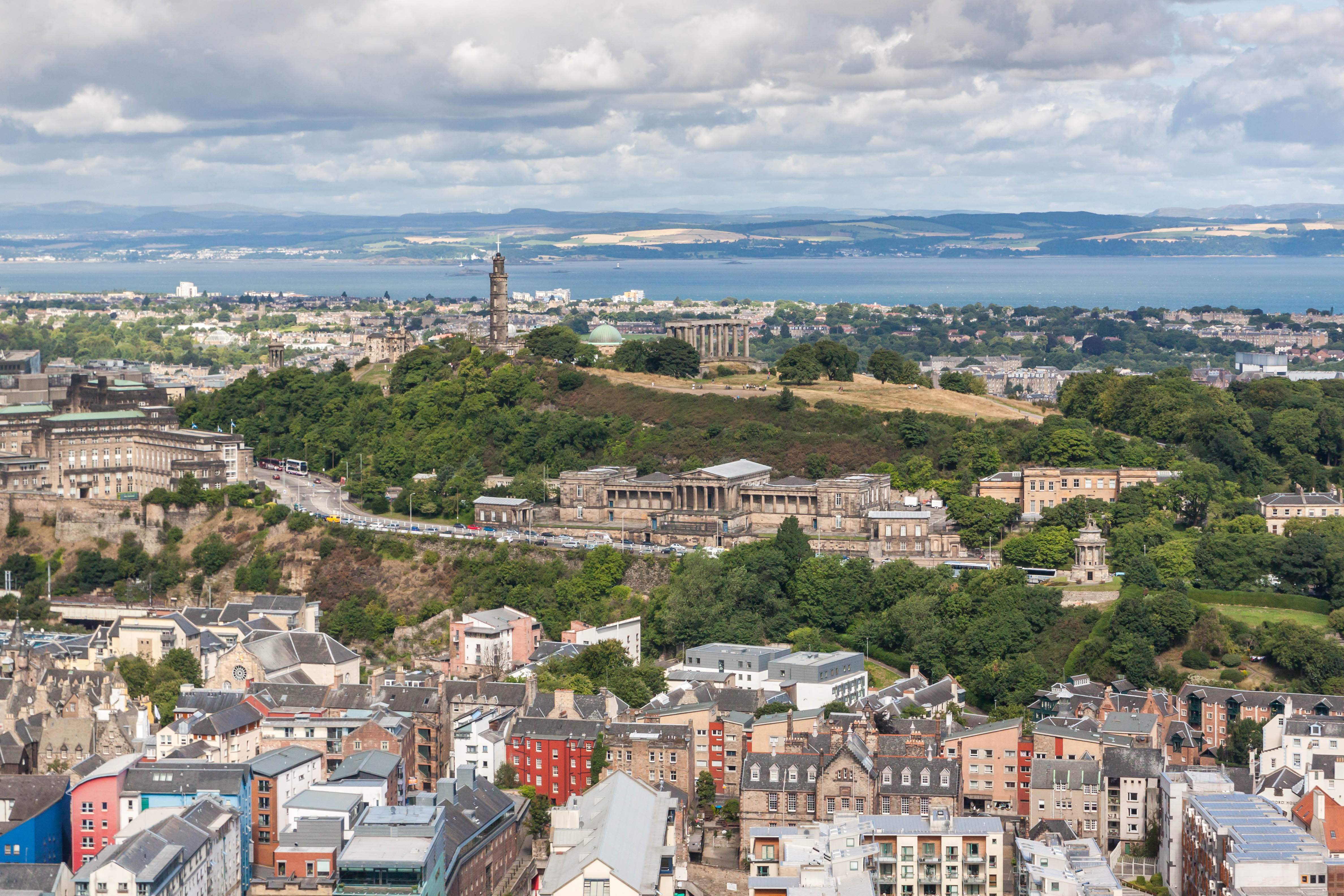 FOR HISTORY BUFFS: CASTLES, FORTS AND SHIPS
No break in Edinburgh would be complete without a visit to the castle, which overlooks the city sitting atop an extinct volcano. It contains the Scottish Royal Crown and Jewels, and the Stone of Destiny, which British monarchs have been crowned on since the Act of the Union in 1707. The Castle’s grounds also have the famous One o’clock Gun which has been fired six days a week at 1pm since 17 June, 1861, except during the two World Wars.

A walk up Arthur’s Seat brings you to the site of an old fort, together with the remains of an Iron Age hill-fort. The name is said to come from the court of King Arthur, as the hill was believed to be the site of Camelot, and has been part of many tales ever since.

HMS Britannia, the former Royal ship, which clocked more than a million miles when it was in service, is now docked at Leith and is a fascinating insight to how the Royal Family used the vessel to serve the country. Through the many photographs on display, you can feel how sad the Royals were when she was decommissioned.

FOR COUPLES: DELIS, GERMAN MARKETS AND THE BIG WHEEL
Take a romantic road trip to north Berwick going the coastal route via Portobello and Musselburgh, seeing the pretty little villages such as Aberlady and Gullane along the way. Stop at cafés, take a seaside stroll or visit a quirky shop.

In Leith, don’t miss a visit to the fabulous Italian delicatessen and café of Valvona and Crolla for lunch or one of the loveliest espressos and cakes in town.

The best time to go to The German Market in Princes Street Gardens is just when dusk is falling, so strolling around among the stalls, selling everything from wooden trinkets to sauerkraut, takes on a magical hue.

A ride on The Big Wheel might be a better idea in the daylight, but it makes you feel like a teenager all over again in the darkness. 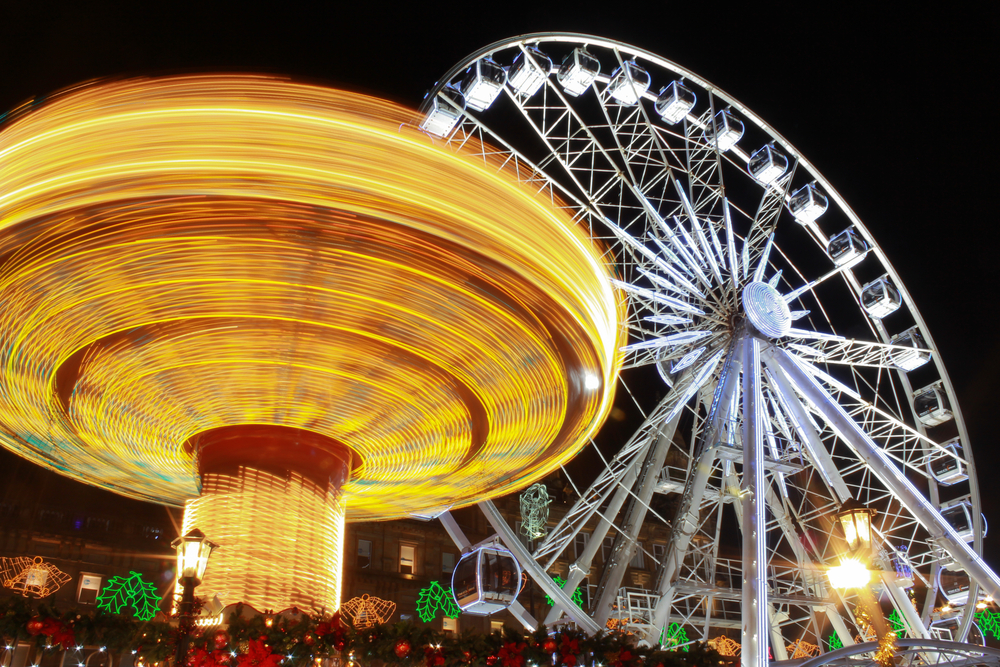 FOR CELEBRATIONS: LIGHT DISPLAYS, FIREWORKS AND WHISKY TASTING
The city hosts a Winter Festival each year which showcases all the events held throughout the season, running from St Andrew’s Day on 30 November through Hogmanay, to Burns’ Season at the end of January. They include torchlight processions, concerts and traditional Scottish dancing.

The city does Hogmanay celebrations in spectacular style and the night itself is split into several events. The opening is the incredible torchlight procession. Thousands of torch bearers create a river of fire from the historic Royal Mile in the Old Town to the Son et Lumière and fireworks finale on nearby Calton Hill. This free unticketed event starts from Parliament Square at 6.30pm.

Another of the city’s well-known celebrations is The Keilidh, which is part of the street party.

The main event is the Hogmanay Street Party, where you can have fun with 80,000 friends – see live music and entertainment on giant screens, and enjoy a tipple in the outdoor bars until the Hogmanay Midnight Fireworks bring in the New Year in fiery style.

Burns’ Night on 31 January celebrates Scotland’s bard, Robert Burns, and many hotels host an event held in the traditional style, with a meal of haggis, neaps and tatties, and amusing renditions of Burns’ poems. Prestonfield House Hotel holds a dinner and Burns’ night at £50 per person.

Whisky can be experienced at pretty much any pub in Edinburgh, but the world’s largest collection of uisge beatha – which translates as the water of life – is at the Scotch Whisky Experience. And you would toast with the locals – slàinte mhath – to your good health! 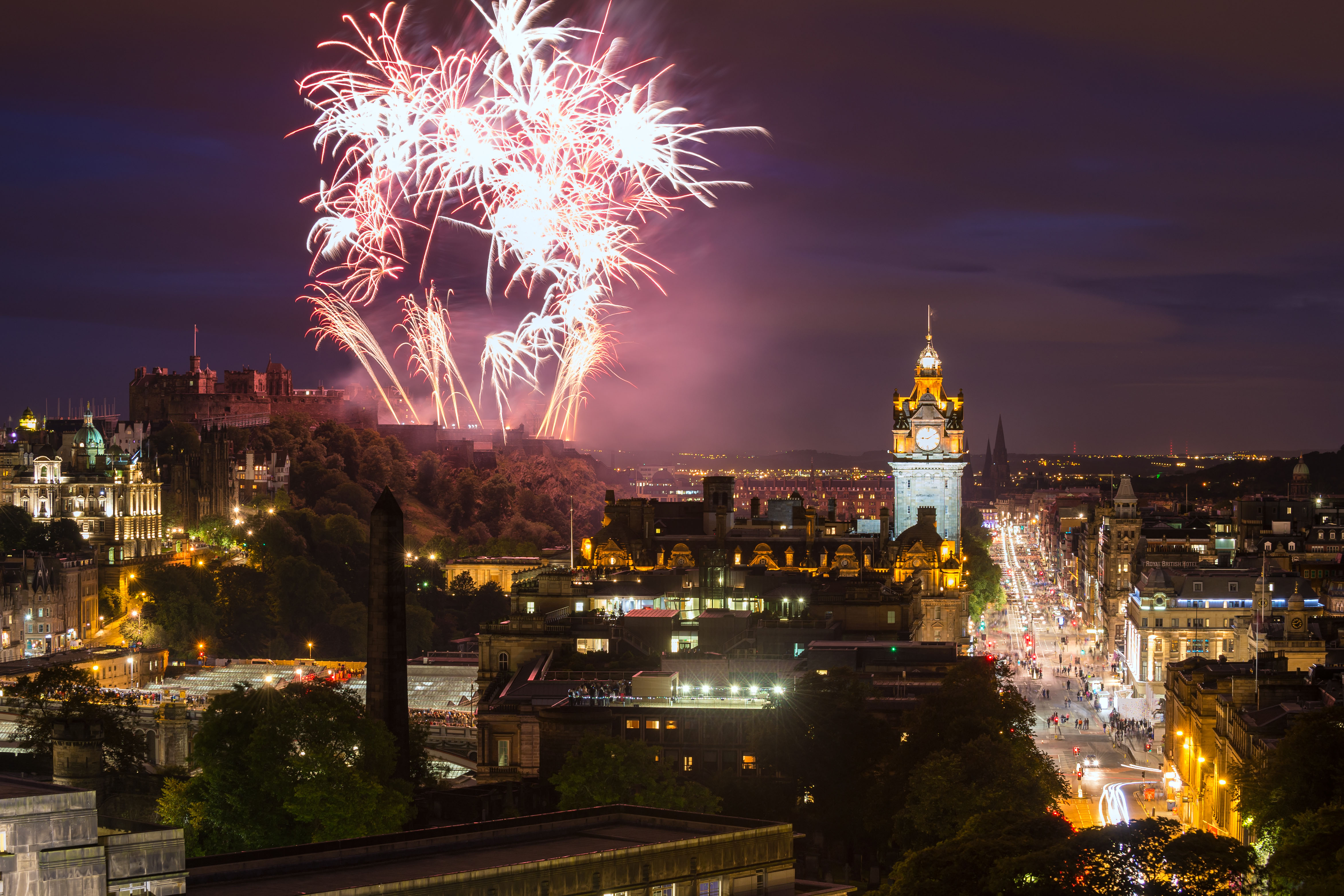 A GREAT PLACE FOR…

CHRISTMAS DINNER
Hawes Inn, South Queensferry
After a walk along the shore with a view of the Firth of Forth, this inn – where the writer Robert Louis Stevenson wrote part of the famous novel Kidnapped – is well known for its hearty comfort food. The Christmas menu is available throughout December and there are also Christmas and Hogmanay Day specials (vintageinn.co.uk/thehawesinnsouthqueensferry).

AFTERNOON TEA
Mimi’s Bakehouse, Leith
The walls of this funky waterside café are decorated with wallpaper of some cheeky ladies holding strategically-placed buns, and the food is out of this world. The warm and gooey banana, chocolate and caramel cake is heaven on a plate (mimisbakehouse.com).

HOGMANAY CELEBRATIONS
The Witchery, near Edinburgh Castle
Perfectly situated for the Hogmanay Street Party, this is destination dining with top-notch food to match its reputation. It has luxurious interiors but still has a two-course lunch menu for £19.95. There are festive lunch and dinner menus. Booking is recommended (thewitchery.com). 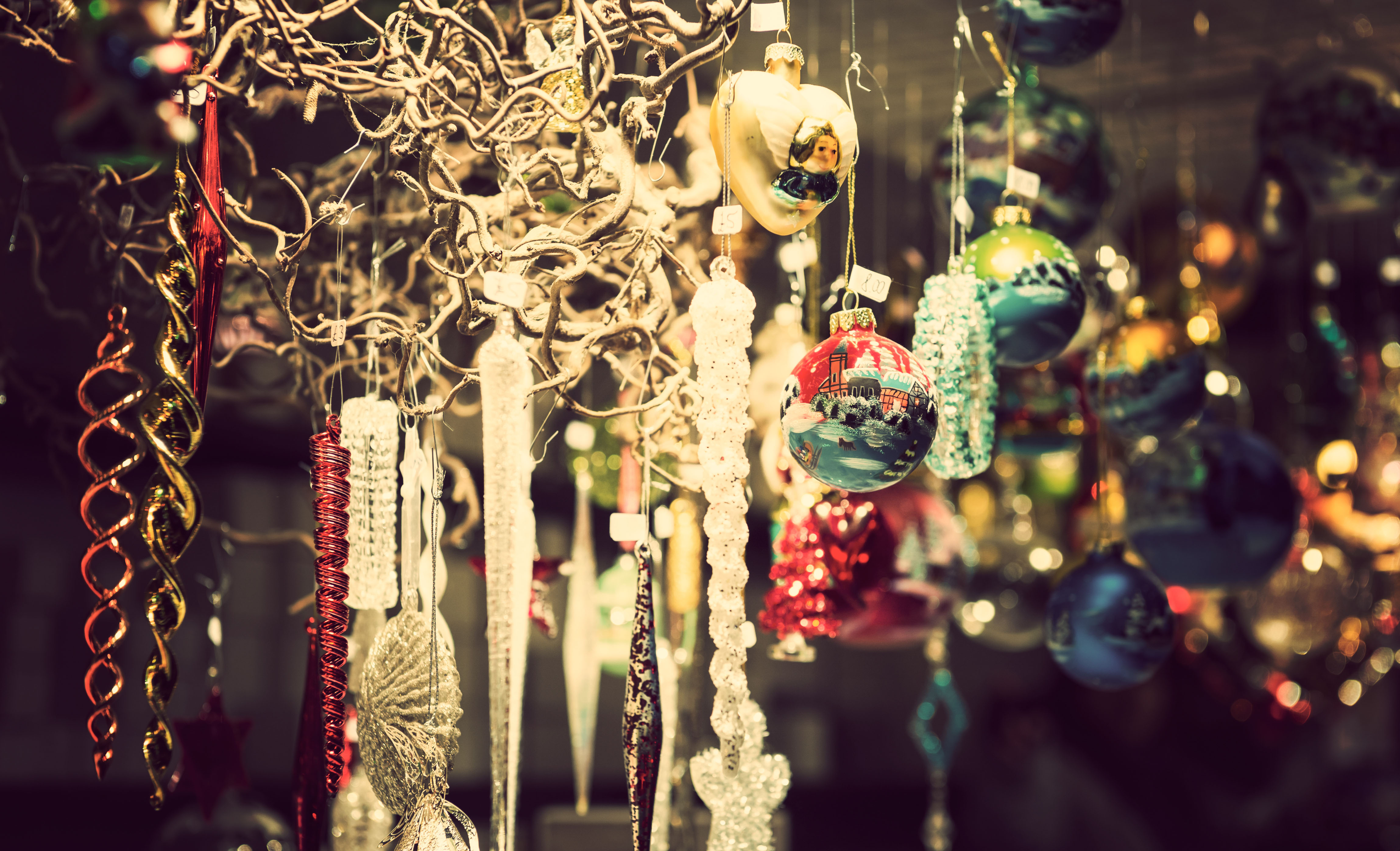 Items for sale at the German Market. Photo: Andrea Obzerova/Shutterstock

SANDAIG GUEST HOUSE
Leith
A four-star guest house which overlooks historic Leith Links park and within walking distance of the fashionable ‘Edinburgh Waterfront’. All rooms have en-suite shower facilities and some rooms have king, super-king or sleigh beds. Sandaig occupies two mid-terraced Victorian villas dating from around 1870. A double room starts from £65 per night (sandaigguesthouse.co.uk).

MALMAISON
Leith
Situated in a former building of ill-repute, this boutique hotel is all dark wood and subtle tartans with an exclusive feel. It’s perched on the banks of the River Forth in Leith with far-reaching views. Special offers include two nights with dinner, a cocktail and breakfast for £115 per night (malmaison.com).

THE ROXBURGHE HOTEL AND THE MACDONALD MARINE HOTEL AND SPA
Charlotte Square and North Berwick
The first of these hotels offers city-centre luxury, while its sister hotel just up the road in north Berwick provides fantastic views of the North Sea for those who would rather take a train into town. The style is luxurious but not stuffy, the staff are very helpful and welcoming, and the food at John Paul At The Marine restaurant will not disappoint. Edinburgh is just 30 minutes away by train. Double B&B starts from £147 per night (macdonaldhotels.co.uk).

In search of more inspiration for breaks by the sea? Check out our 'Weekends Away' section or keep an eye on our monthly travel features in the magazine.

In search of more inspiration for breaks by the sea? Check out our 'Weekends Away' section or keep an eye on our monthly travel features in the magazine.