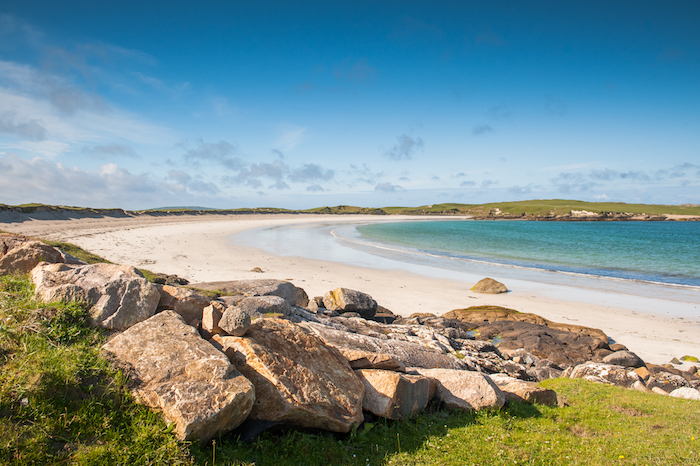 James Stewart explores a quiet corner of Connermara, where he is warmly welcomed with great food, good pubs and friendly faces…

Picture an Irish greatest hits: there’d be mountains and bog, a ragged coastline scalloped by wild beaches. There’d also be pretty villages and fishing harbours, plus Guinness and music in the pub, obviously.
If that sounds a big ask of one destination you’re yet to hear about Clifden. To be fair it’s not your fault. Poised between the Twelve Bens mountains and wild Atlantic, the town lies at Europe’s edge in Connemara, a region as seductive as its lilting syllables. Your second excuse is that Clifden is a latecomer to Irish history. It emerged in the 1820s after an aristocrat named John D’Arcy built himself a castle on its shores. The railway arrived (albeit only for 40 years) in the 1890s to boost Clifden into the pipsqueak ‘Capital of Connemara’.
Though we Brits are yet to cotton on, Clifden is a favourite weekender for moneyed Dubliners, bringing contemporary cool and quality dining to a town of only 2,500 residents. Yet, this being Ireland, there’s no snobbery, just lovely people proud of a soul-stirring region that’s a joy to explore by instinct; the sort of place where road-side signs for potters and basketweavers and artists spur unplanned diversions. The Wild Atlantic Way has arrived, but it remains the antithesis of mass tourism. Don’t let on.

8pm A perfect start
After the drive from Knock airport, Clifden feels like a hug: lights twinkling in the dusk; the smell of coal fires in cool air. We eat at Guy’s Bar (guysbarclifden.com). Honest, upmarket pub food, we’d been told at check-in, which perfectly describes our slow-cooked beef and Guinness stew served with a heap of creamy mash. The twang of a banjo lures us into Griffin’s Bar (griffinsbar.ie) – a young couple rolling through folk tunes, old boys in a corner tapping along to reels, the barman stomping his foot. Time for a whiskey nightcap.

10am We’ll take the Sky Road
Clifden in daylight reveals itself as a parade of blue, yellow and green shopfronts. Lavelle Art Gallery on Main Street and traditional knitwear outlet Lowry’s Sweater Shop on Market Street are top picks. We’re tempted by electric bike hire in All Things Connemara (€40 daily; allthingsconnemara.ie) but damp skies threaten. So we take the 12-mile Sky Road west of Clifden on four wheels. Through fuscia hedges, beyond the ruins of D’Arcy’s castle, the road ascends into moors then peaks at a wow-oh-wow panorama: hills dotted with white farmhouses, inlets and islets, foaming surf and silvery sea. It’s too vast to squeeze into a camera lens. 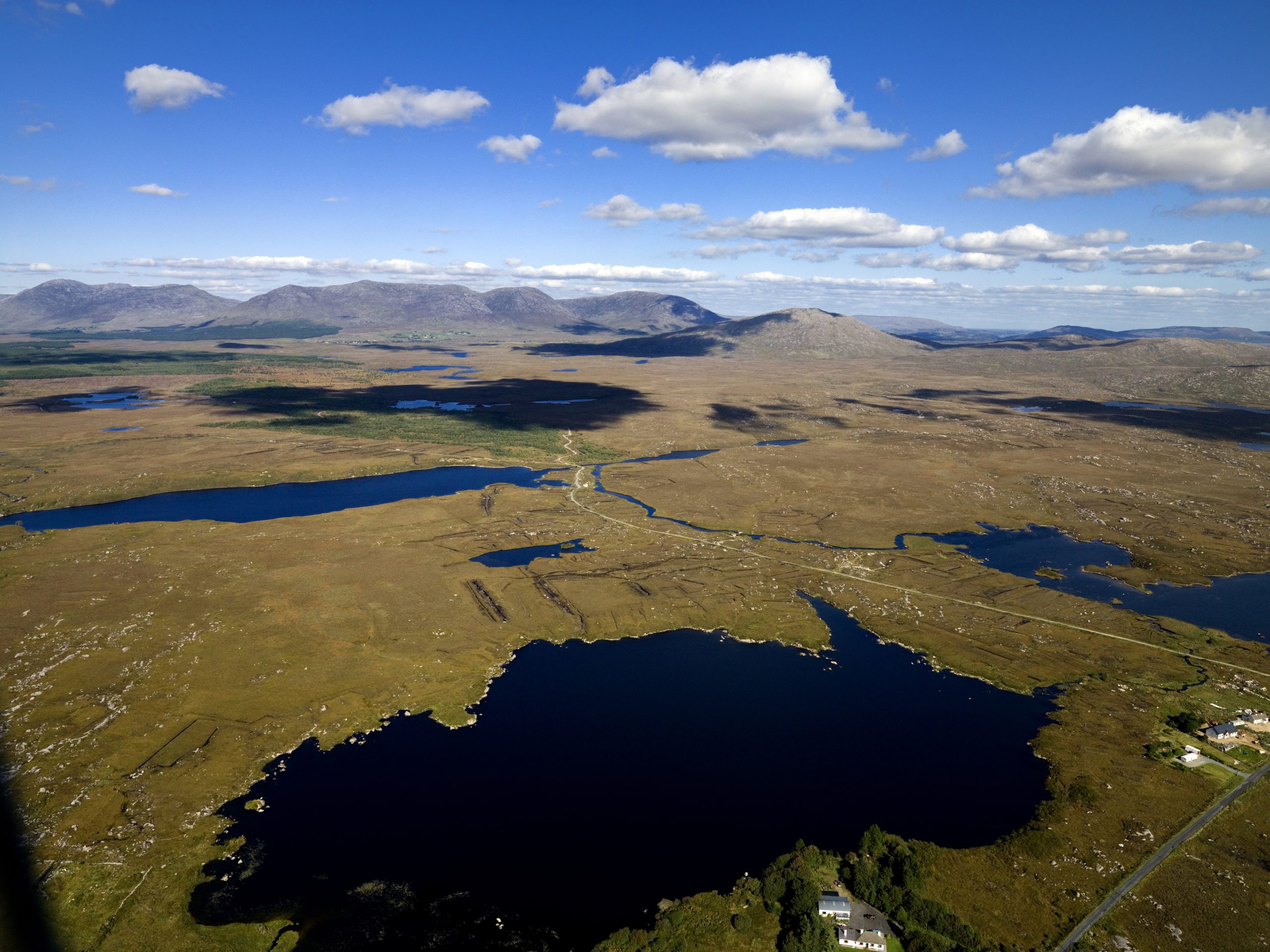 2pm Family food
South to Roundstone on the Bog Road, a work creation scheme during the Great Famine. With lakes and moorland beneath huge skies, it’s a mesmerising, minimalist landscape. Inevitably we dawdle, arriving late into Roundstone for lunch at O’Dowd’s (odowdsseafoodbar.com). In its fourth generation, this simple family place – wooden tables and photos of old boats – belies a first-class local menu. We choose the homemade hummus with seaweed (unexpectedly aromatic), then juicy crab claws in garlic butter. Yum!

4pm Folk traditions
While the harbour’s piled with crabpots, Roundstone has gentrified into an arty village of pocketsized pubs and crafts. Following a sign for Roundstone Musical Instruments (bodhran.com), we find Malachy Kearns, master-maker of the Irish bodhran drum. He still uses Irish goatskin. Fortunately for past customers like folk legends The Chieftains, Riverdance and Prince Charles he no longer cures it in manure. ‘The sound of a well-made drum hits your gut rather than your head,’ he says. ‘Those controlled, rolling rhythms are immediately felt.’
Afterwards, the beach. Gurteen and Dog’s Bay two miles west are among Ireland’s best: two arcs of white sand back-to-back before cerulean seas. Busy? Nope. They’re all ours except for plovers. Mannin Bay beyond is another beauty.
En route back to Clifden stop at Derrigimlagh. What appears a bog is revealed on a three-mile boardwalk as the site for the first transatlantic wireless transmission and the landing spot of the first non-stop transatlantic flight. Bravo, Guglielmo Marconi in 1907 and pilots John Alcock and Arthur Whitten-Brown in 1919. 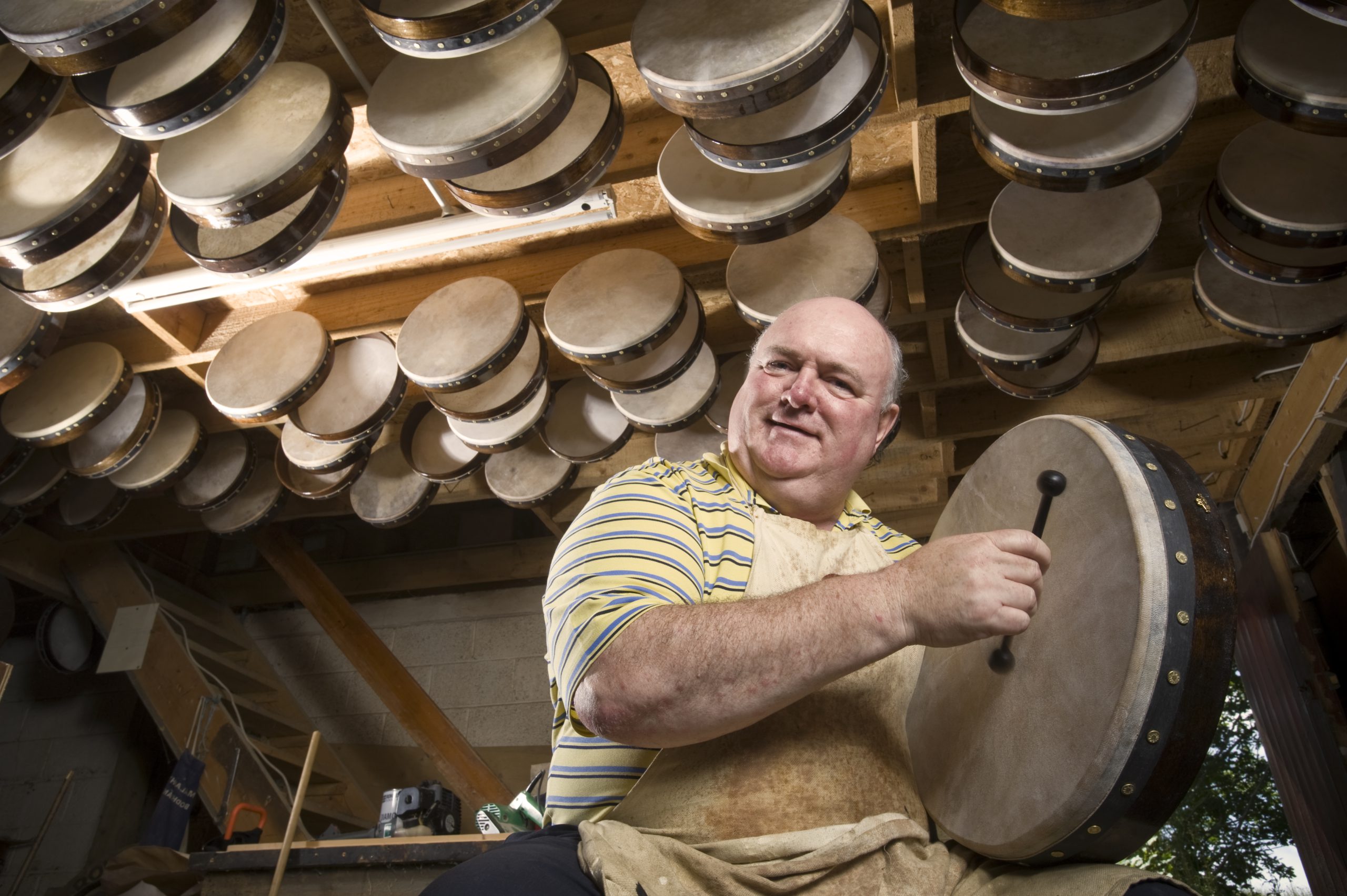 8pm Mitchell’s and music
Mitchell’s (mitchellsrestaurantclifden.com) is the go-to for a smart(ish) seafood supper by candlelight. To avoid smarting prices, skip the à la carte (from €19 a main) in favour of the €28.95 three-course menu: creamy seafood chowder, roast hake with melt-in-the-mouth leeks then hazelnut meringue with brandy cream for us.
If Hollywood did an Irish pub it would look much like Lowry’s Bar (lowrysbar.ie), Clifden’s finest music venue. There’s candlelight shimmering in old mirrors and two lads playing a guitar and pennywhistle when we arrive. It’s more of a concert than the impromptu sessions elsewhere, but the musicianship is a cut above. Music starts nightly at 10pm.

Sunday
9am Into the hills
Time to explore inland. Twelve miles up an inlet, baronial hall Kylemore Abbey (€13; kylemoreabbey.com) was a honeymoon gift from financier Mitchell Henry to his new bride, Margaret, in 1865. Alas, she died of a fever a decade later. Mitchell built a magical neogothic church, laid her to rest, then abandoned the place, heartbroken. Today it’s owned by Benedictine nuns. More than the refurbished staterooms, we loved the Henry’s walled garden, restored in 1995: old brick walls; teal benches; immaculate flower and veg’ beds (oh, to have 14 gardeners). Stop at the abbey’s shop to buy the nuns’ chocolates and natural soaps.
The Connemara National Park (www.connemaranationalpark.ie) nearby provides a rare chance to walk into surrounding mountains on good tracks. An easy three-hour trail ascends Diamond Hill. Quartz, actually, and the summit is a scramble, but the view is pure gold. 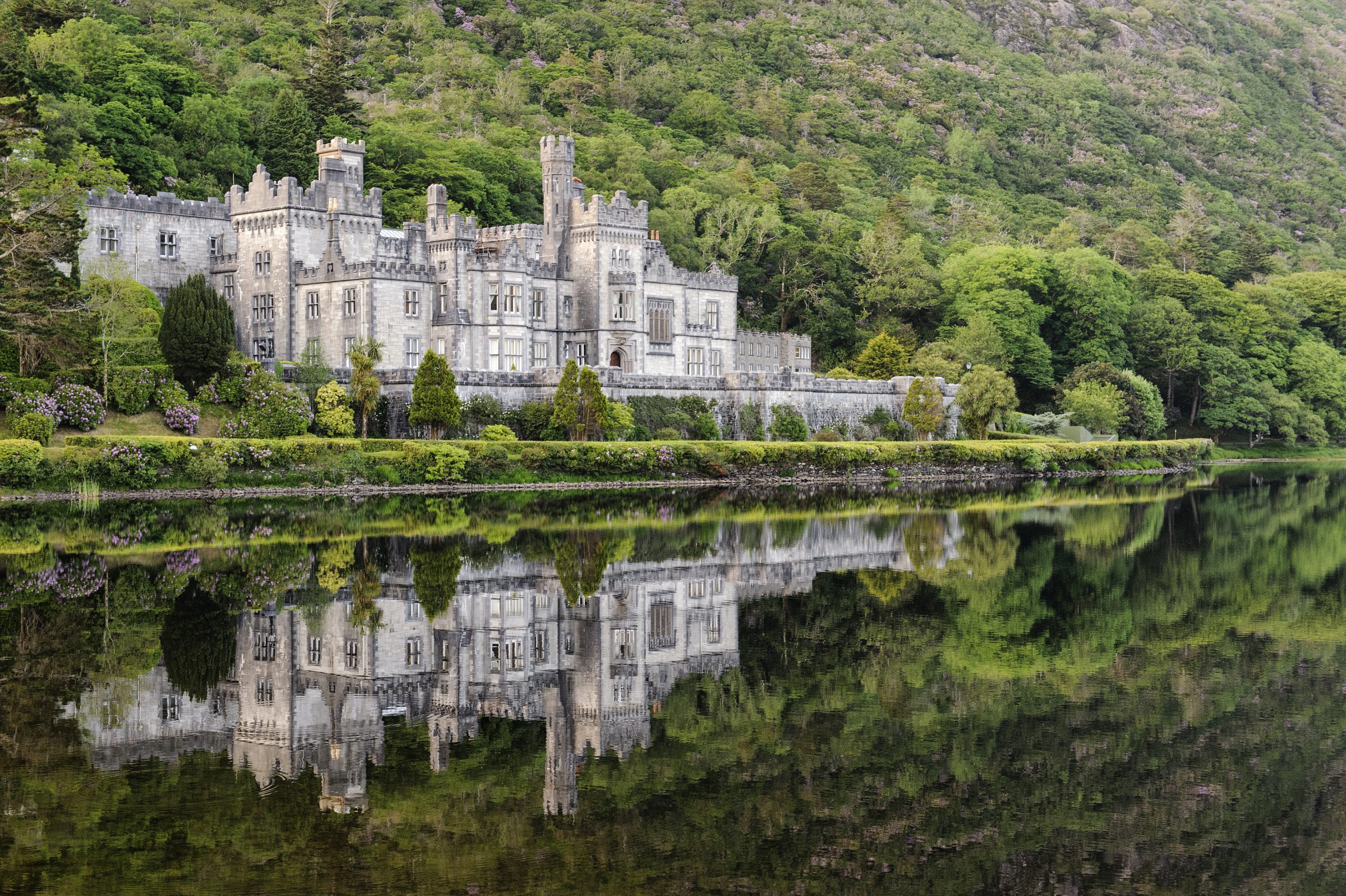 1pm Local lunch
Harbour for ferries to Inishbofin island and a small fishing fleet, Cleggan port works for a living. No surprise, then, that Oliver’s (oliversonclegganpier.ie) beside the wharf is a laidback locals’ place, with a celebrated seafood chowder and, occasionally, lobster straight off the boat. We can vouch for the open crab sandwich. The food is good, the atmosphere relaxed and lovely – proper Irish.

3pm Island escape
For an hour either side of low tide (tidetables are at the mainland carpark) you can drive across the beach to Omey Island. If Clifden is Europe’s wild west, Omey is the end of the road. On a walk up the east coast we stumble upon the shell of a medieval church – built over the seventh-century monastery of St Feichan, it was only rediscovered among the dunes in 1981. It seems emblematic of a destination so overlooked. We sit on a coast speckled by thrift flowers. The sea hisses. Gulls mewl. Officially London is four hours away. It might as well be centuries.

Coast stayed at Quay House in Clifden. The former harbourmaster’s home by Clifden harbour is an elegant stay with genuine heart. Décor is eclectic, the 14 rooms are beautiful, the owners lovely. It’s worth the trip to Clifden in its own right. Doubles from €140 (+353 95 21369, thequayhouse.com).
Jolly hols by the beach? Connemara Sands has rooms and self-catering flats in a relaxing resort hotel with restaurants and a bar plus a spa, all just behind white sands near Mannin Bay. Doubles from €109 (+353 95 23030, connemarasands-hotel.com)

How to get there
Clifden is 2hr drive from Ireland West Knock and Shannon airports, both served by several UK airports. Ryanair (ryanair.com) flies to both from Stansted from £10. The usual car hire operators operate from both airports.