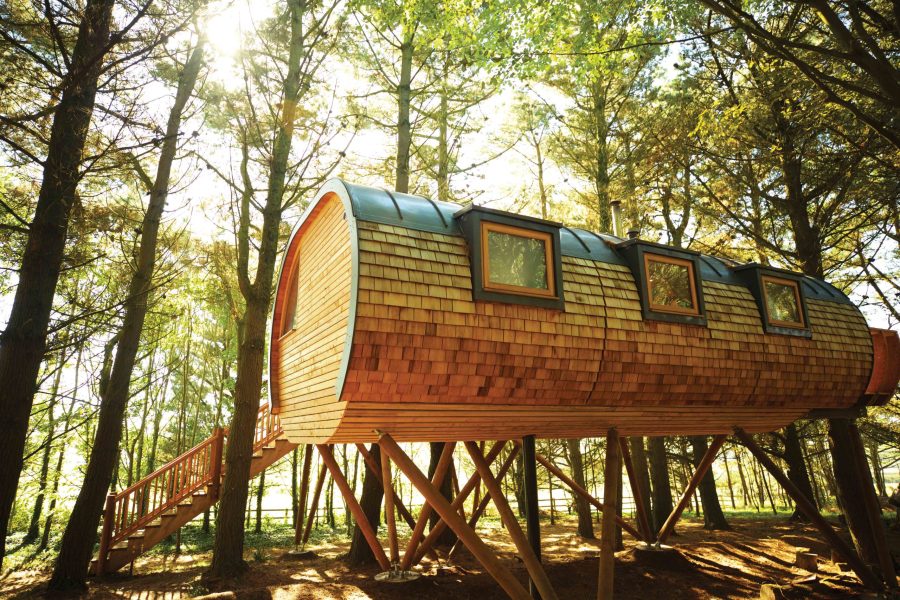 Alongside its resorts and surfing beaches, discover Devon’s quieter side, such as secret swimming coves, smugglers’ pubs and treehouse hideaways. Words: Alex Reece 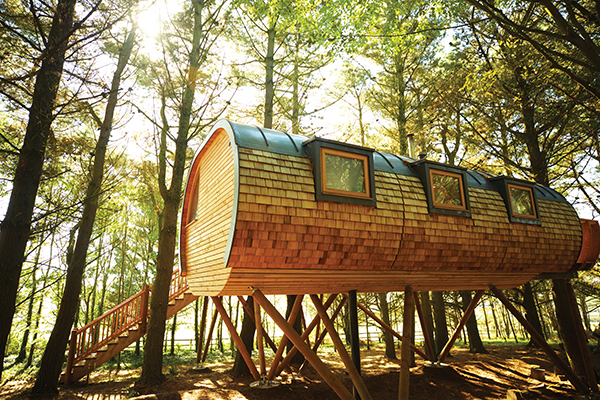 Squirrelled away in woodland, with Atlantic views, are two delightful treehouses – The Loft and The Hideaway – built last year in the grounds of Pickwell Manor. Blending traditional craftsmanship with contemporary style, the rustic boltholes have en-suite shower rooms, solar-powered heating, smart kitchen facilities and wood-burning stoves. Each has a raised outdoor deck, where you can soak up the sounds and scents of the forest, and a curved roof for a cosy, cabin-like feel. Stroll to Putsborough Beach and join the South West Coast Path, leading on to surfy Woolacombe and Croyde. Georgeham village, with its two pubs, is also within walking distance. Each treehouse sleeps two, from £220 a night (0117 2047830, canopyandstars.co.uk).

2. FOR… A TRADITIONAL PUB 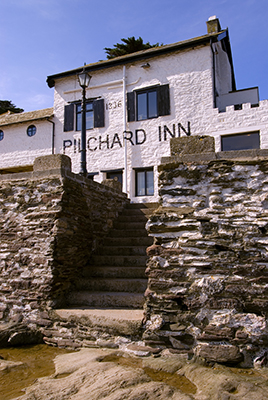 Burgh Island is famous for its Art-Deco hotel – the former stamping ground of Agatha Christie and Noël Coward – along with the quirky sea tractor that carries guests across the beach when the tide is in. Tucked away on the islet’s shoreline, however, is another treasure: The Pilchard Inn, a 700-year-old pub (built in 1336) with chunky stone walls, an open fire and maritime curios displayed around the bar. Open to the public, it provides a comforting stop-off after a walk along the coast path. Look out over Bigbury-on-Sea beach, watching the tides meet and part over the sand bar, while tucking into a crab sandwich and a pint (01548 810514, burghisland.com). 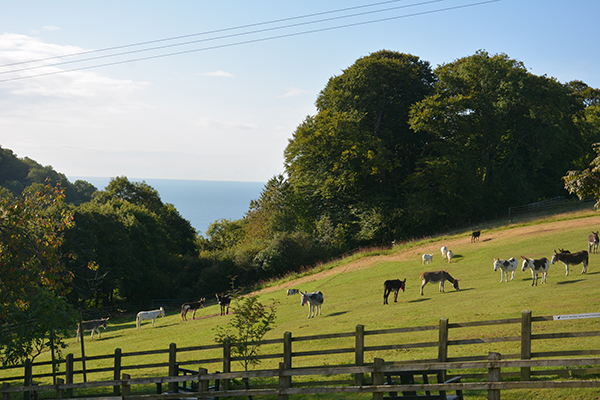 The Donkey Sanctuary's multi-award-winning RHS Chelsea Flower Show garden – entitled Donkeys Matter – has been rebuilt here for visitors to enjoy. Alongside this artisan-style garden, there are (of course) hundreds of endearing rescue donkeys and mules to meet in a serene, rural setting on the Jurassic Coast. Learn more about the working relationship between humans and these animals in the exhibition spaces, or go for a walk along one of the scenic farm trails. Further kid-friendly amusements at this free attraction include a maze and play area, while on-site restaurant The Kitchen specialises in ethically and locally sourced produce (01395 578222, donkeysanctuary.org.uk).

4. FOR… THE STORY OF SURFING 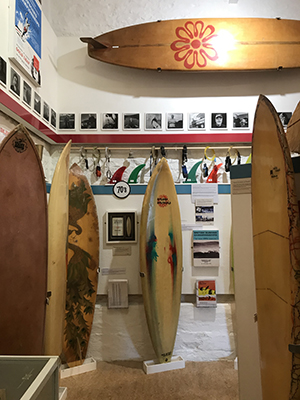 Find out more about Britain’s surfing heritage at this small museum on the North Devon coast, which opened in 2012 and is believed to be the most comprehensive public collection of its kind in Europe. A registered charity, the museum’s professed aim is to collect and preserve at least one example from each British shaper (or surfboard maker). But there are all kinds of surfing-related ephemera on show here, too, such as books, magazines and film clips, along with a history of accessories – from westuits to wax. Housed in a former railway building in Braunton at the heart of Devon’s surf scene, it’s a fascinating place to visit for surfers and indeed anyone interested in the rich culture of our coast. Admission is priced at around £1.50-£2 (01271 815155, museumofbritishsurfing.org.uk).

5. FOR… A SECLUDED BEACH 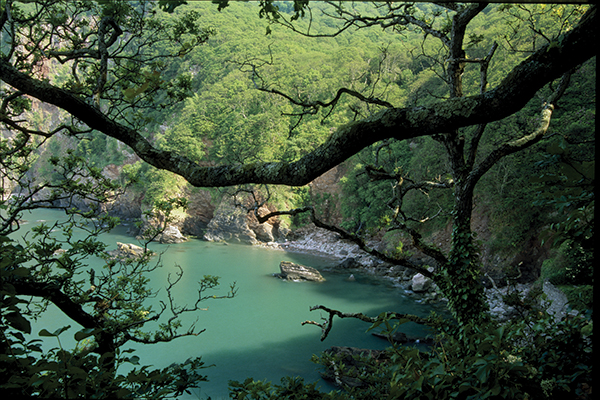 For an escape from the digital maelstrom that is modern-day life, make for Woody Bay, a quiet, hard-to-get-to pebble beach on the rugged North Devon coast. Plans to develop the bay into a resort foundered during Victorian times, and it remains untroubled by crowds or commercialism. Three miles west of Lynton, the beach is reached via a steep track through woodland and it lies at the foot of imperious cliffs. Best of all, it has a giant rockpool, which is a glorious spot for wild swimming. Also close at hand is Woody Bay Station, where you can travel back through time in a steam train along the Lynton & Barnstaple Railway (lynton-rail.co.uk). Find out more at: nationaltrust.org.uk/heddon-valley. 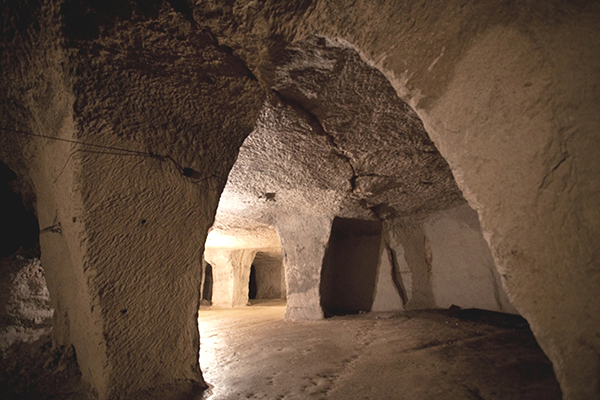 Just inland from the village of Beer in East Devon is a subterranean complex of man-made caverns (right), dating back 2,000 years. The Beer Quarry Caves were once quarried for chalk limestone, known as Beer stone, used in landmark buildings such as the Tower of London and St Paul’s Cathedral. Now this underground warren is open daily for tours, during which you can learn about working conditions endured by quarrymen down the centuries. The caves are also internationally important as a bat hibernaculum: hundreds of greater horseshoe bats, plus lesser horseshoes and a few other species, hibernate here in winter. Adults around £9, children and over-65s £7; family ticket £28.80 (01297 680282, beerquarrycaves.co.uk). 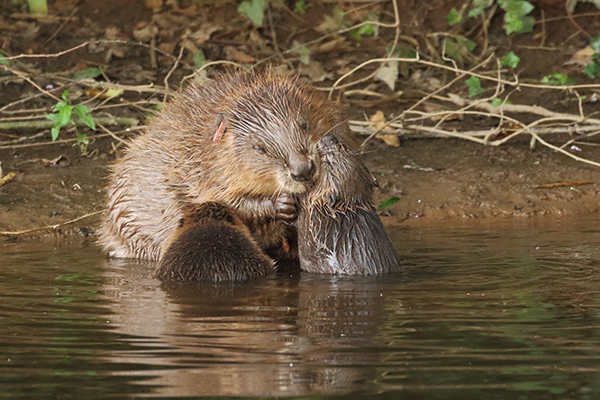 One of Devon’s lesser-known wildlife species is the beaver, which mysteriously arrived in the River Otter in 2008 and has been resident ever since. Base yourself in the East Devon seaside town of Budleigh Salterton, by the mouth of the river, and you might be lucky enough to see one. There are now eight family groups, and giveaway signs of their activities along the river include chomped tree stumps and dams on tributaries. To give yourself the best chance of a sighting, the Devon Wildlife Trust suggests looking in the area near Otterton, either at dawn or in the evening. Stay quiet, stick to the public paths and keep dogs on a lead and out of the water – especially in July and August, when beavers have kits (devonwildlifetrust.org). 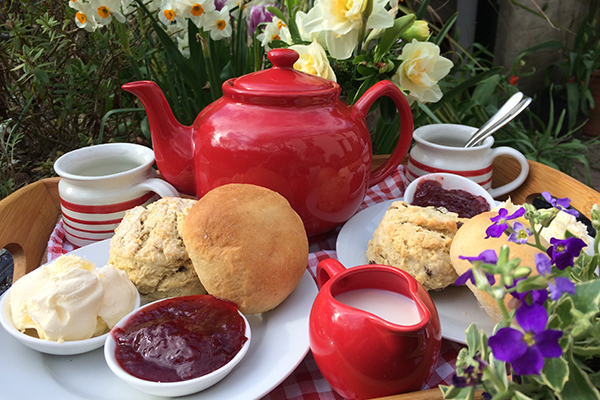 Just 300 metres from Hele Bay Beach is this working water mill and tea room, serving sublime cream teas and cakes made by the miller and his wife. ‘David mills the wheat and I bake the cakes,’ explains co-owner Kathy Jones. The couple bought the mill, which dates back to 1525, in 2011 and use a heritage species of wheat called Maris Widgeon, sourced from Dorset. Everything on sale is baked at the mill, except for the pasties that are made by the local butcher using their flour. It’s a family concern, and daughter Katie has now opened The Bunny Barn on site where she has three rabbits for feeding and handling by the public. A mini cream tea (one scone) is around £4.50 and a main cream tea (two scones) is around £6.50 (01271 863185, helecornmill.com).

Brimming with Hansel and Gretel-esque charm, A La Ronde is a unique, 16-sided home, built for two spinster cousins, Jane and Mary Parminter, in the 18th century. Now owned by the National Trust, it’s worth exploring for its highly unusual interior features. A shell gallery, encrusted with up to 25,000 shells, and a feather frieze were created by the cousins, who were inspired to build and decorate this hexadecagonal structure following a tour of Europe. Today, visitors will enjoy the brass-rubbing trail and free garden games in the grounds, which have views of the Exe Estuary – as does the café. Adults around £11.20; children £5.60, family ticket £28, under-5s free (01395 265514, nationaltrust.org.uk).

For more coastal guides click here or to read more '10 Best' features keep an eye on the magazine.