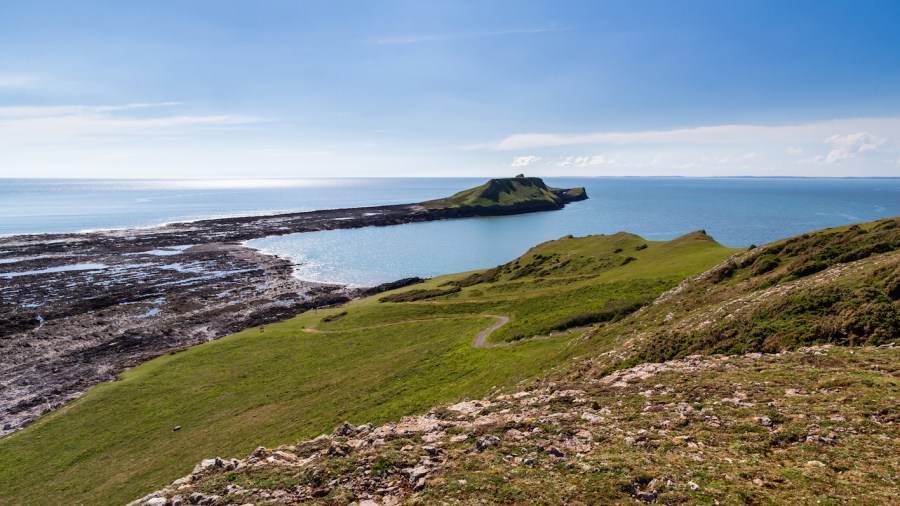 WORM’S HEAD, GOWER
OS Landranger 159
Taking note of the tide times, cross the rough-backed causeway among teeming rockpools, and scramble across the double humps of the long promontory that the Norsemen named ‘wurm’, the sea dragon. Out there you’ll find a spouting blowhole, nesting seabirds and utter peace.

SEVEN SISTERS, EAST SUSSEX
OS Explorer 123
The Seven Sisters are the chalk pride and glory of southern England – a great white rampart of cliff with seven dips and seven rises, each with its individual name and character. Sheer walking exhilaration, with the thrill of an unguarded edge.

INCH STRAND, CO KERRY
OS of Ireland Discovery 71, 78
Inch’s three-mile-long sandspit reaches out across Dingle Bay. Choose a blowy day to walk the strand with the waves thumping in collars of foam, and return through the whistling dunes. A foretaste of a wild and windy heaven.

CAMASUNARY BAY, ISLE OF SKYE
OS Explorer 411
Camasunary Bay, reached by a precipitous path from the remote community of Elgol, is a wild gem, a strand of wave-pounded pebbles backed by a green sward whose two white houses stand dwarfed by the Cuillin Mountains towering behind them.