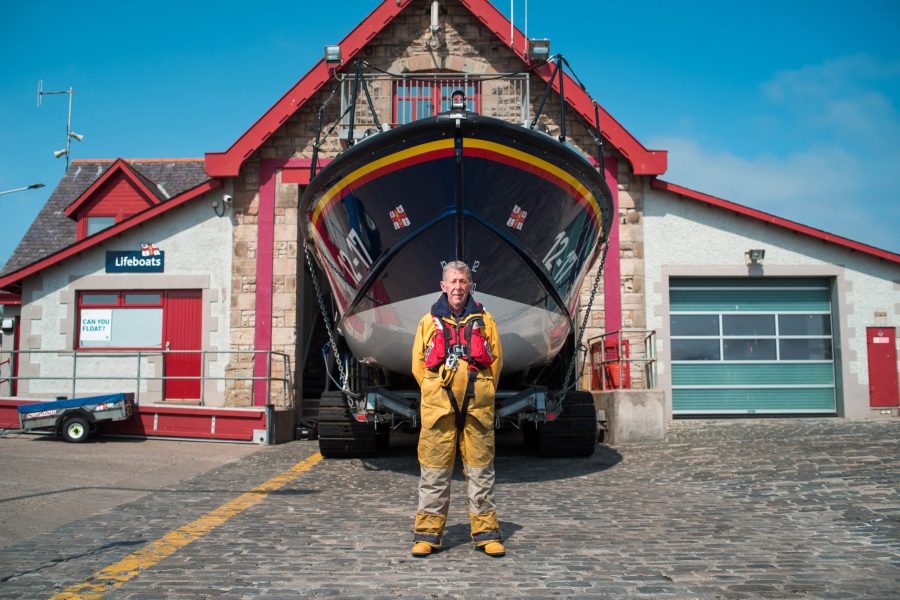 We celebrate the people who make our coastline a better place -whether by campaigning against plastic pollution, conserving wildlife or saving lives at sea…

FOR… MARINE CONSERVATION
Justine Millard, Marine Conservation Society
This year marks the 25th anniversary of the annual Great British Beach Clean, run by Marine Conservation Society (MCS), the charity that champions clean seas, sustainable fishing and marine wildlife. According to Justine Millard, Head of Volunteering and Community Engagement at MCS, 'We are very fortunate to have around 15,000 active volunteers each year.' MCS supporters also gather litter year-round for the charity's Beachwatch citizen science programme – the largest of its kind in the UK. 'The data collected has helped us to campaign successfully by providing fundamental evidence to help bring about the plastic bag levy,' says Justine. 'We can already see the difference in lower plastic bag numbers on our beaches and that is something we should all be proud of.' mcsuk.org 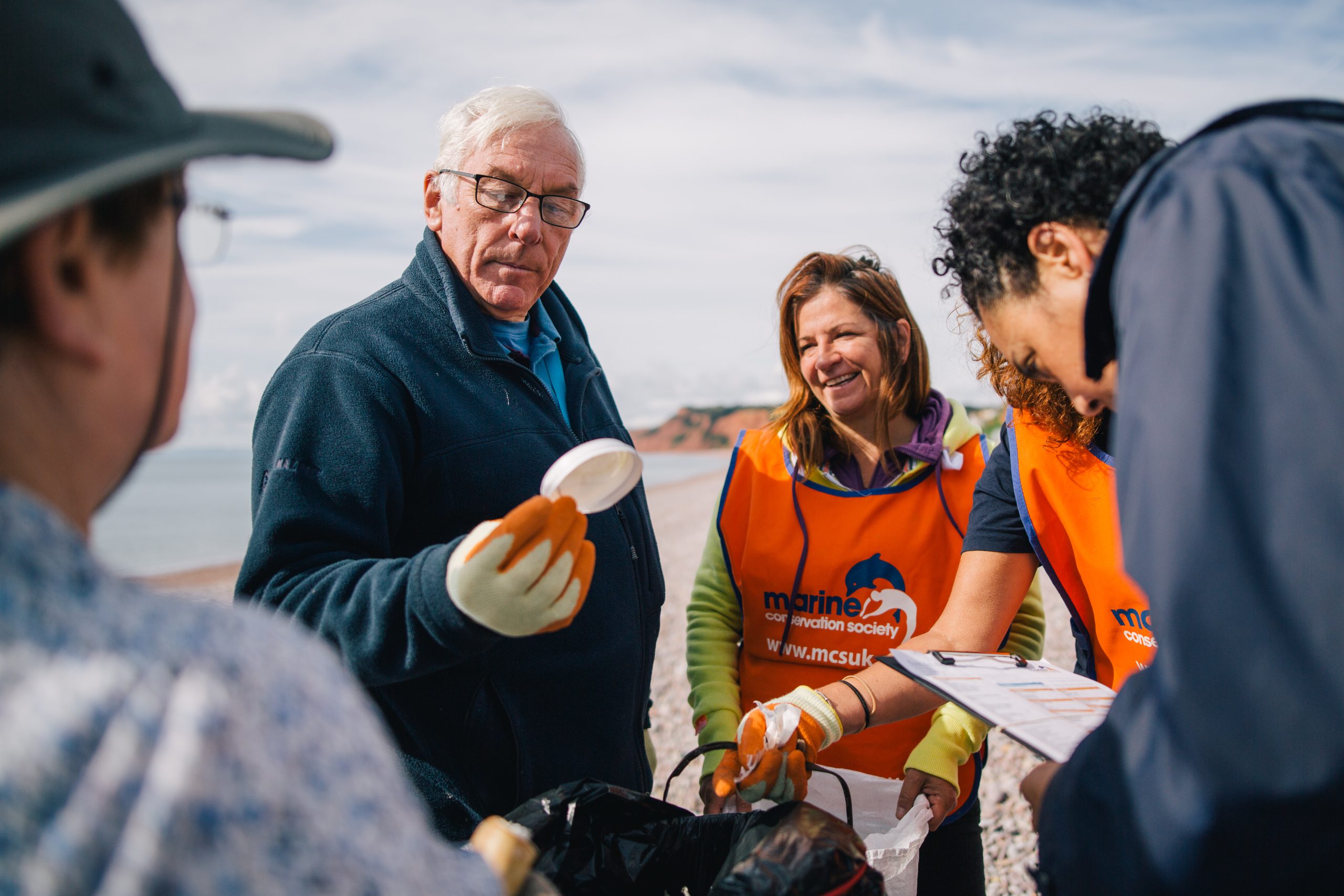 FOR… MENTAL WELLBEING
Joe Sabien, Sea Sanctuary
Founded by counsellor Joe Sabien in 2006, Sea Sanctuary began life as the first marine-based, NHS-commissioned mental health charity. From Penryn, Cornwall, it offers therapeutic programmes on a yacht, Fire Dancer, and helps children, young people and adults boost their wellbeing through time on the water and proven intervention techniques. The service has won the Google and Sainsbury’s Award for Innovation, and 84 per cent of participants rate their mental wellbeing as higher, have a more positive outlook on life, and can manage their depression and anxiety symptoms better following a four-day sail. 'The sea is at the core of our approach,’ says Joe. ‘We want to give the people in our care the tools they need to make long-term positive changes to their wellbeing and better emotional resilience.' seasanctuary.org.uk 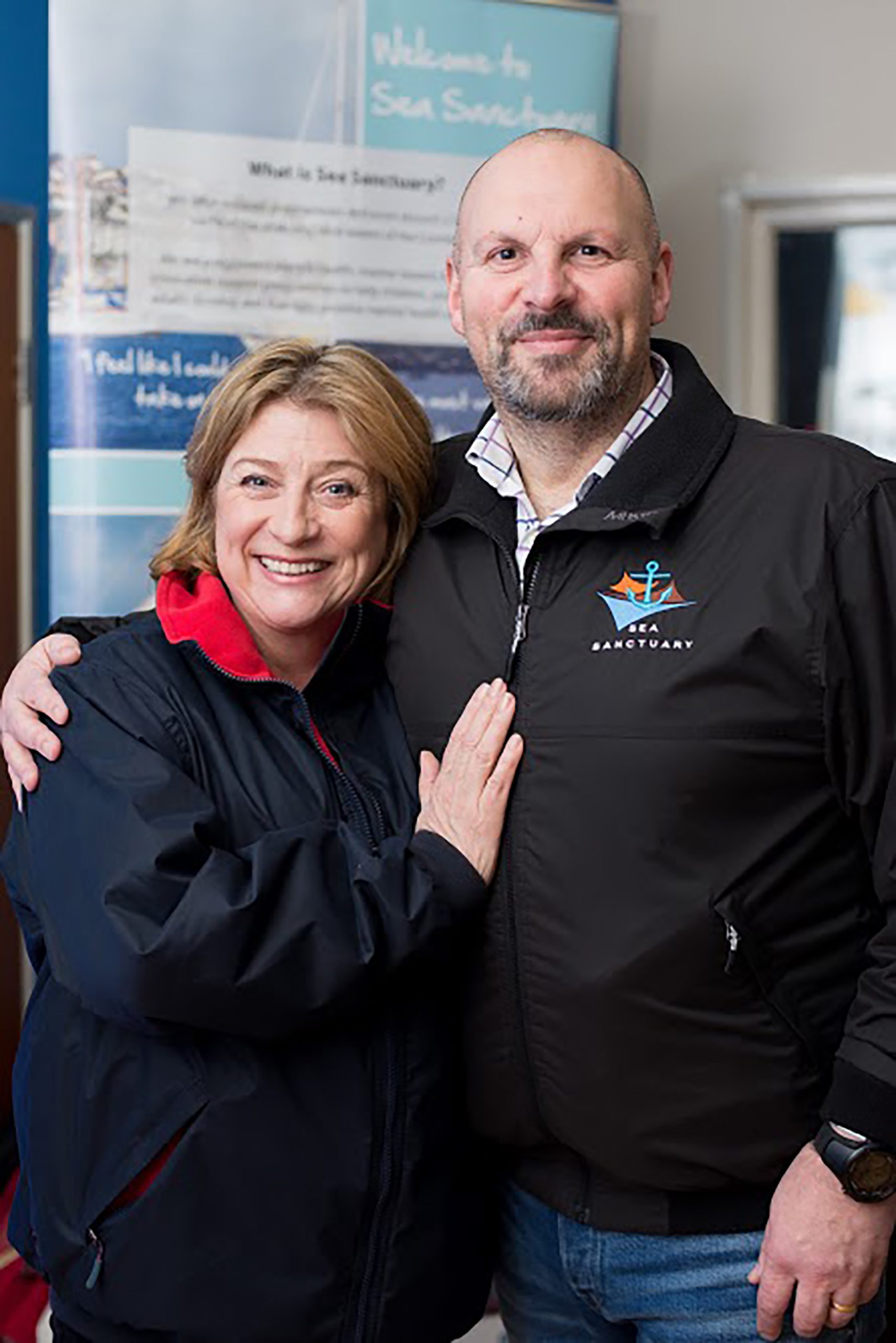 FOR… SUPPORTING FISHERMEN
Miriam Kemp, The Fishermen's Mission
According to recent figures, nearly 100 UK fishermen have been lost at sea in the last 10 years. Through its ports staff and superintendents, The Fishermen's Mission charity gives vital support to those who put their lives on the line to provide us with fresh fish. Miriam Kemp, Fishermen’s Mission Superintendent at the busy port of Fraserburgh, Aberdeenshire, says: 'It’s a precarious occupation. Not everyone understands the cost paid by fishermen.' Miriam's job can involve providing basic needs for fishing families struggling financially, caring for the bereaved relatives of men lost at sea or retired fishermen, and engaging in outreach work to crew members who are thousands of miles from home. Miriam says: 'Serving fishermen is in my blood and I wouldn’t want to do anything else.' fishermensmission.org.uk 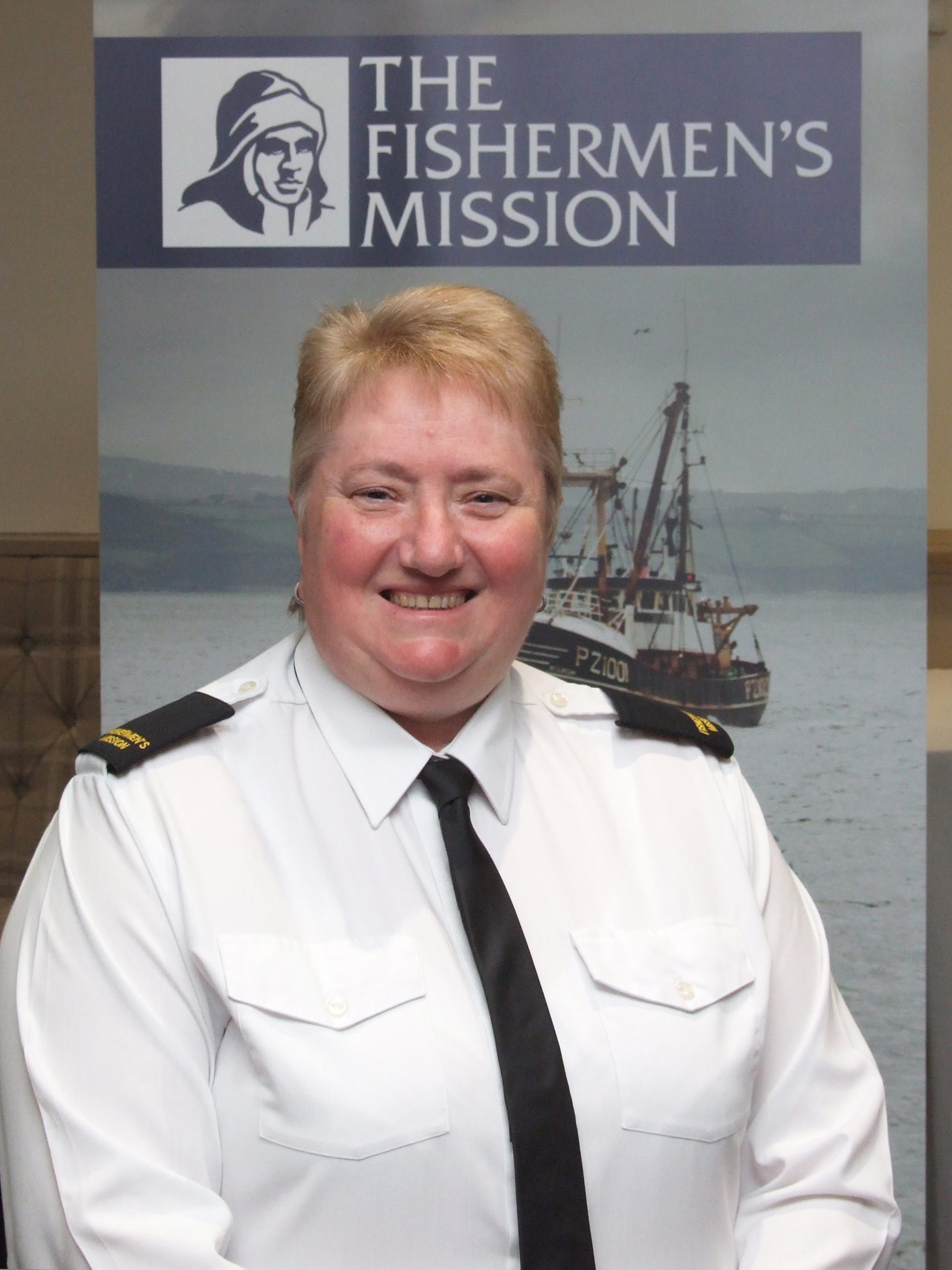 FOR… SAVING LIVES AT SEA
Tam Fyall, RNLI
A truly heroic effort is carried out by RNLI volunteers, who are on call 24 hours a day to rescue those in trouble at sea. In 2017 alone, 22 people were helped by lifeboat crews every day. Someone who personifies this courage is Tam Fyall, deputy second coxswain at Anstruther Lifeboat Station in Fife. Tam lost several friends when one of the trawlers he worked on, The Meridian, sank off Peterhead in 2006. Struggling with PTSD, he quit sailing and became a harbourmaster. However, some years later, when he was asked to volunteer for the Anstruther RNLI, he saw the chance to make a difference – and joined the boat crew in 2009. 'I have seen how perilous the sea can be,' says Tam. ‘The level of training and commitment given by the RNLI crew has helped me overcome my fears and I have my confidence back.’ rnli.org 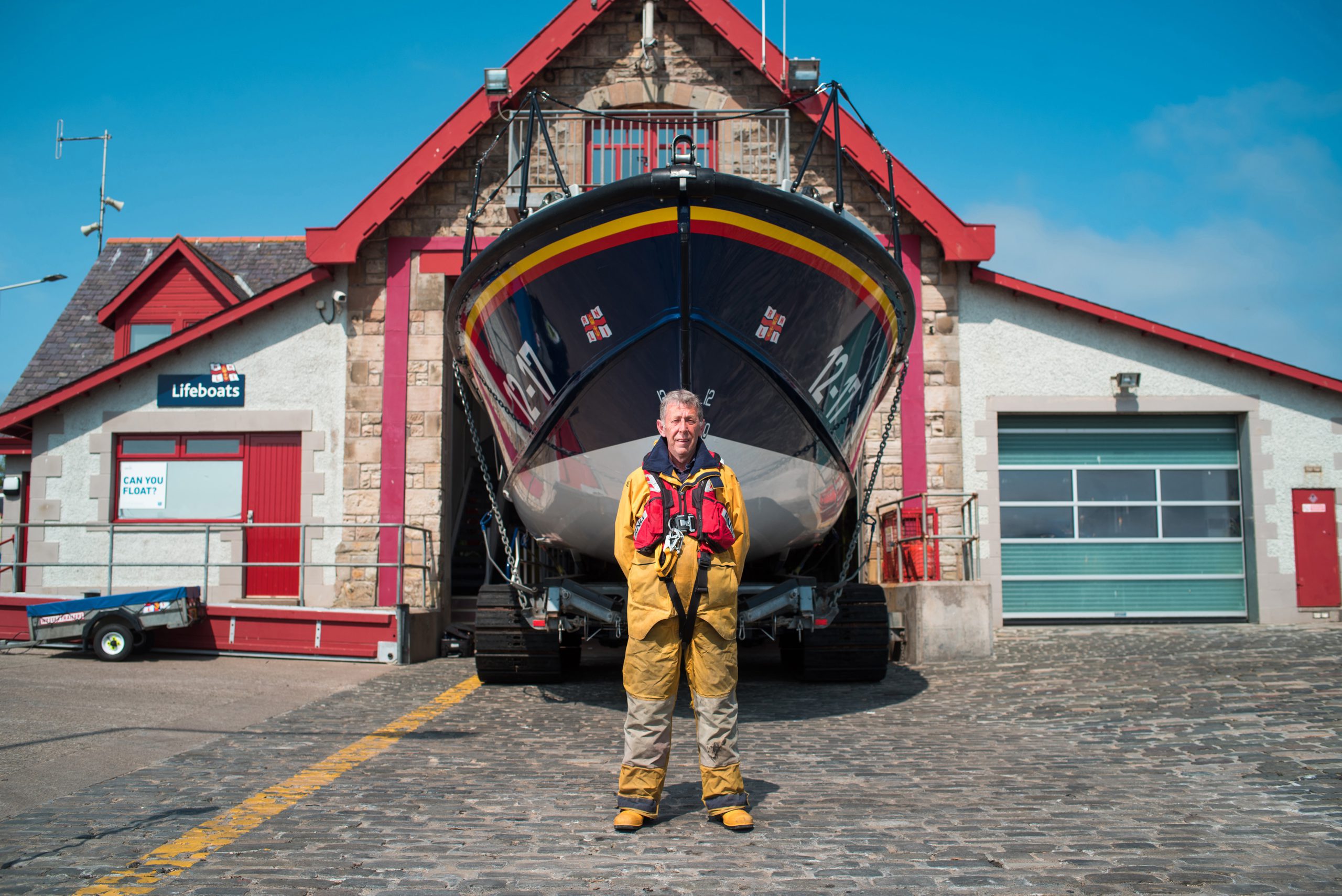 FOR… AN ONLINE CAMPAIGN
Martin Dorey, #2minutebeachclean
One of the fastest growing online beach-cleaning campaigns is the #2minutebeachclean, launched by writer Martin Dorey in 2013, which now has almost 50,000 followers on social media. The idea is simple: spend just two minutes picking up litter when you go to the beach, in order to reduce the amount of plastic in our marine environment and raise awareness. There are currently 500 #2minutebeachclean stations around the UK: boards that hold litter pickers and bags for beach-goers to use, and the organisation is in the process of becoming a charity. 'Our campaign makes it easy for everyone to start their plastic journey by simply picking up litter for two minutes,' says Martin Dorey. 'After that, we hope, they will start to ask why it is there and what more they can do to make a difference.' 2minute.org 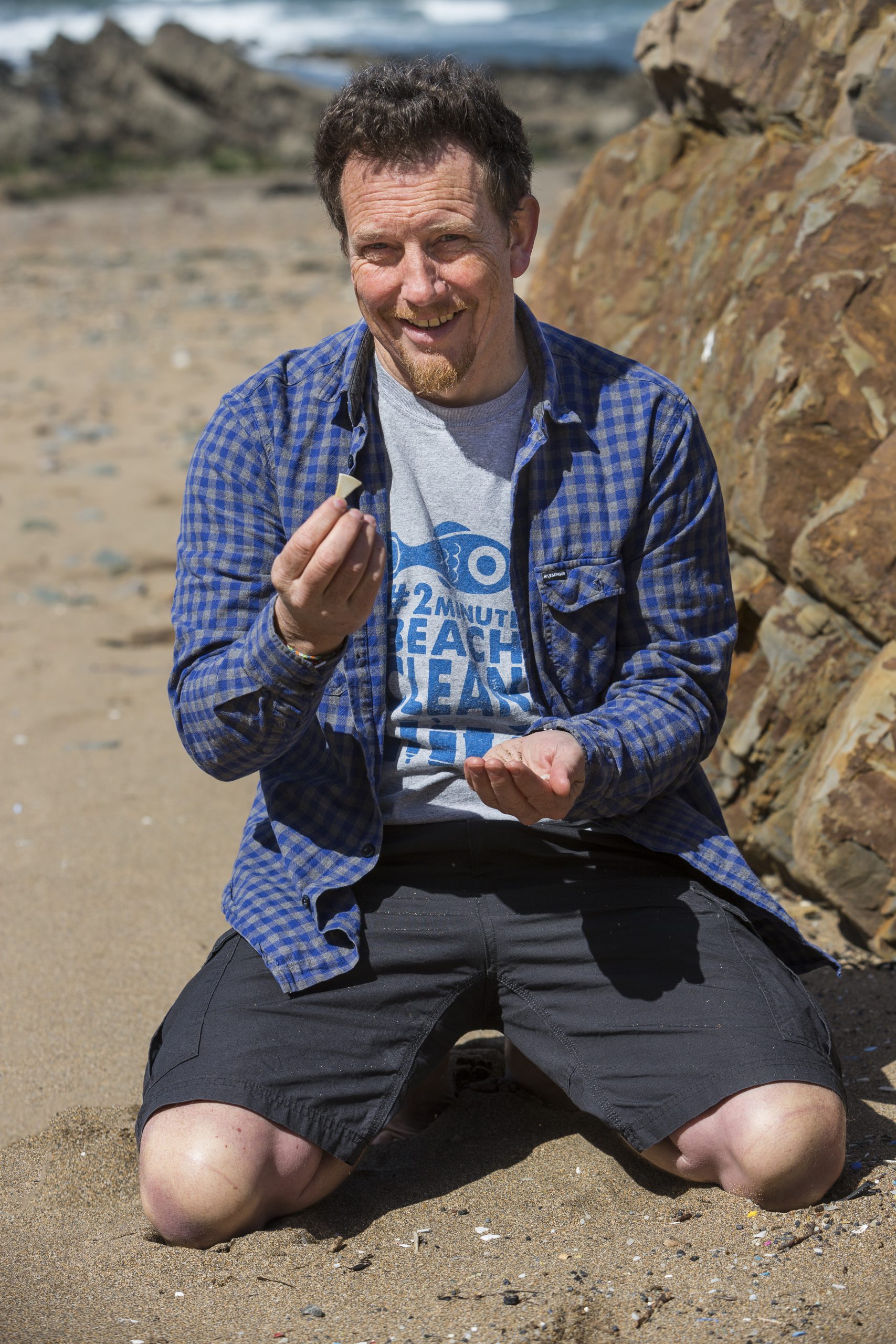 FOR… COASTAL REGENERATION
Wayne Hemingway, HemingwayDesign
In recent years, we've seen how inventive individuals can spearhead the rejuvenation of a coastal town by creating cultural destinations or events. One example is Wayne Hemingway, whose company HemingwayDesign has been involved in numerous coastal regeneration projects. These range from re-imagining Dreamland Margate and launching the Vintage by the Sea Festival in Morecambe to breathing new life into the Boscombe Overstrand in Bournemouth. 'Boscombe’s resurgence has given Bournemouth’s vibrant creative community a beach to call their own and helped "re-brand" the town from being one of retirees to a place where many young tech minded people consider as Britain’s answer to California!' says Wayne. Next on the horizon is the First Light Festival in Lowestoft – a 24-hour multi-arts beach and beachfront festival launching in June 2019. hemingwaydesign.co.uk 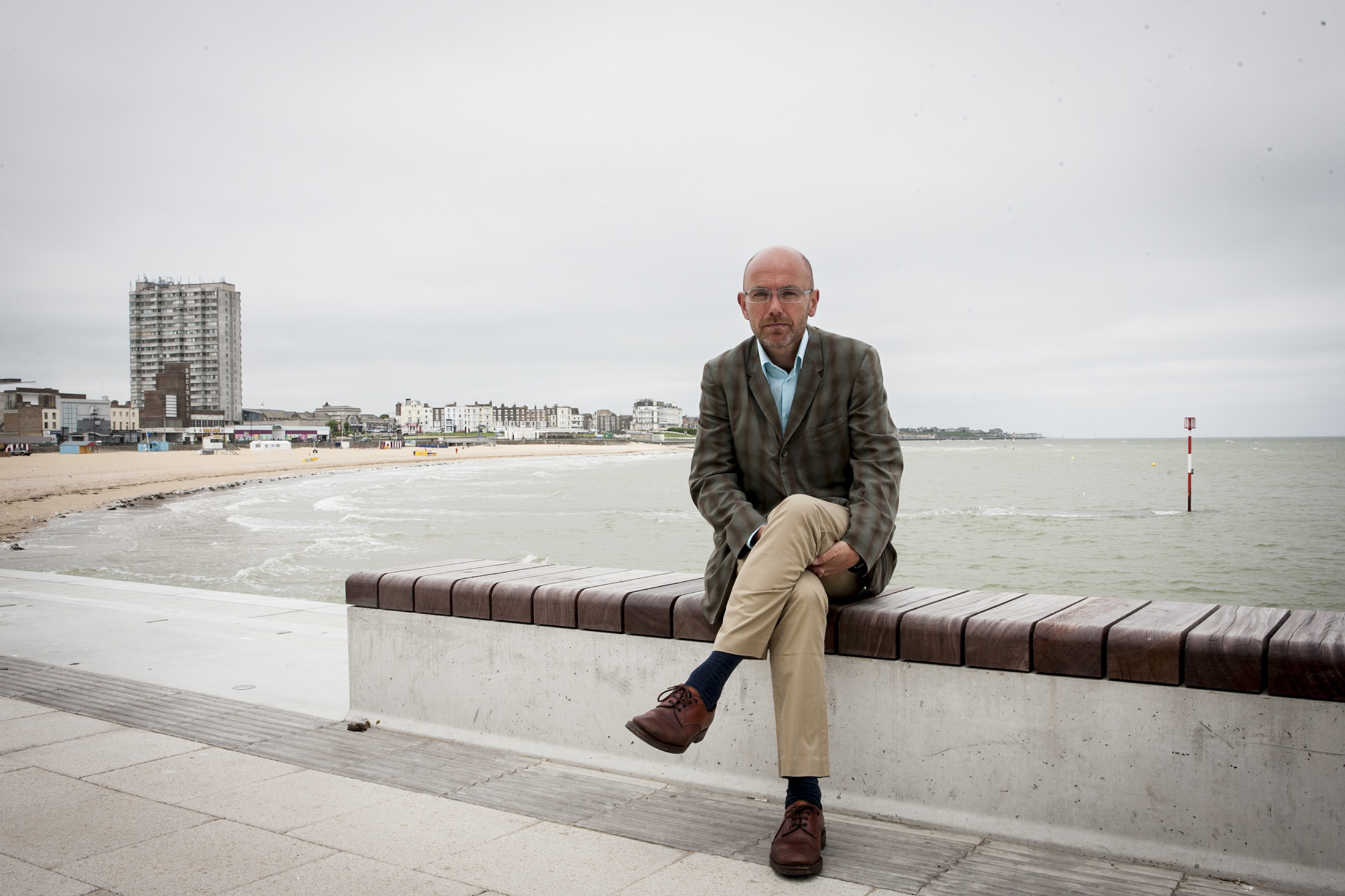 FOR… THE ENVIRONMENT
Hugo Tagholm, Surfers Against Sewage
Surfers Against Sewage began as a single-issue pressure group, but has now grown into a much-loved marine conservation charity that works across a whole range of issues, including plastic pollution, water quality, climate change and human health. The charity mobilises over 75,000 beach clean volunteers annually, and recently delivered a petition signed by more than 325,000 people to 10 Downing Street calling for a deposit return scheme on plastic drinks bottles. As a result of this campaign, the Government has committed to introducing this measure. Meanwhile, SAS' award-winning Plastic Free Communities campaign is active in almost 400 locations, reaching 35 million citizens. Chief Executive Hugo Tagholm says: 'I’m very lucky to collaborate with so many passionate volunteers and ocean optimists. We can all take action to protect our ocean.' sas.org.uk 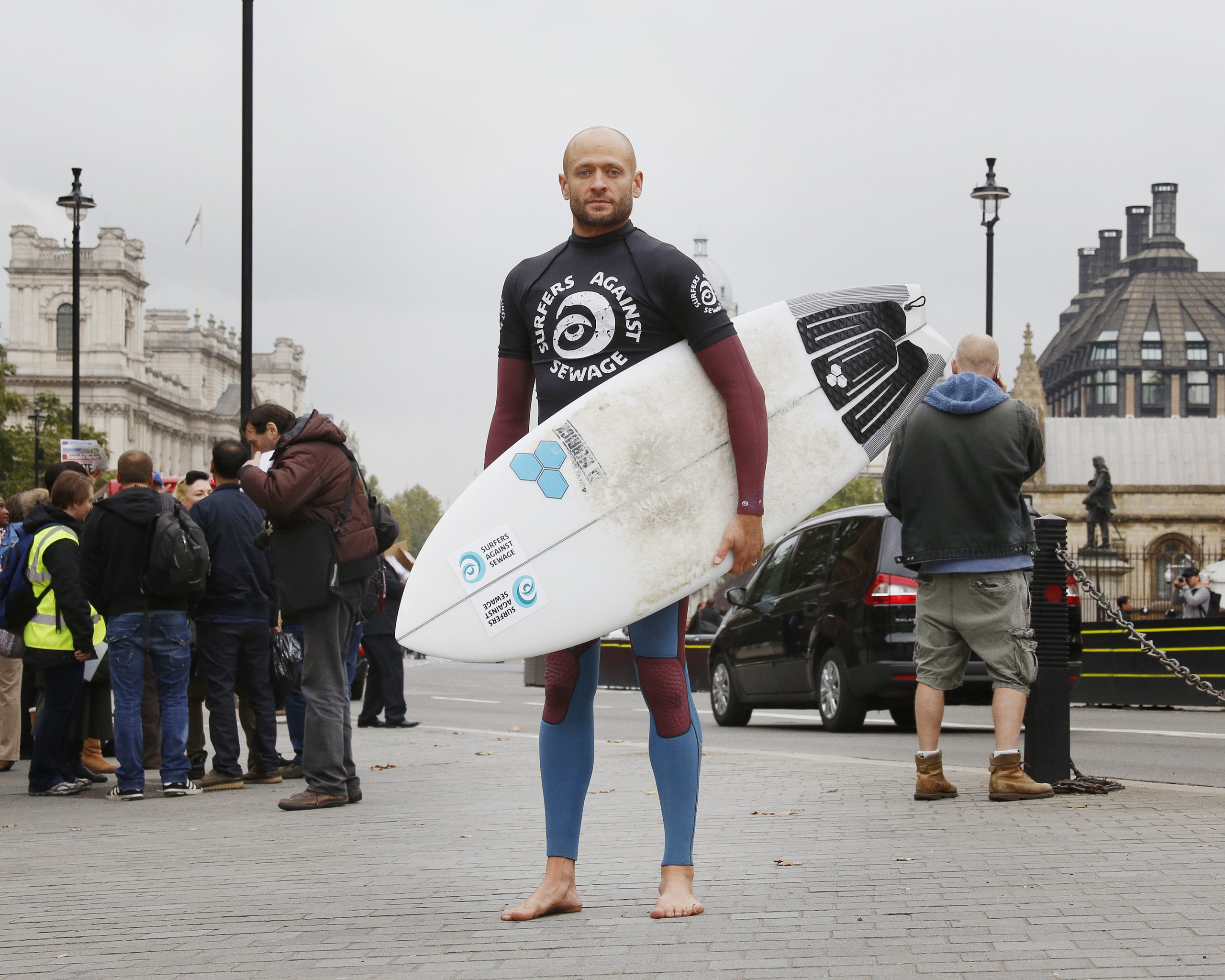 FOR… FUNDRAISING
Alex Ellis-Roswell
As previously featured in Coast, Alex Ellis-Roswell has been on an incredible journey: walking 9,500 miles around the coast of Britain and Ireland to fundraise for the RNLI. Since setting off from his home county of Kent in 2014, at the age of 21, and reaching the finishing line in November 2017, he has raised more than £70,000. Despite tough weather conditions and injury en route, he was spurred on by the memory of his late father, and the awe-inspiring bravery of RNLI crew members. 'They put themselves right in the thick of what is Britain’s most unforgiving environment – our sea,' he says. 'They receive no government funding for their work and the majority of lifeboat crew are volunteers.’ Alex is now writing a book, and is still raising money: his target is £95,000 (£10 for every mile walked). Donate at: bt.com/donatetolifeboats 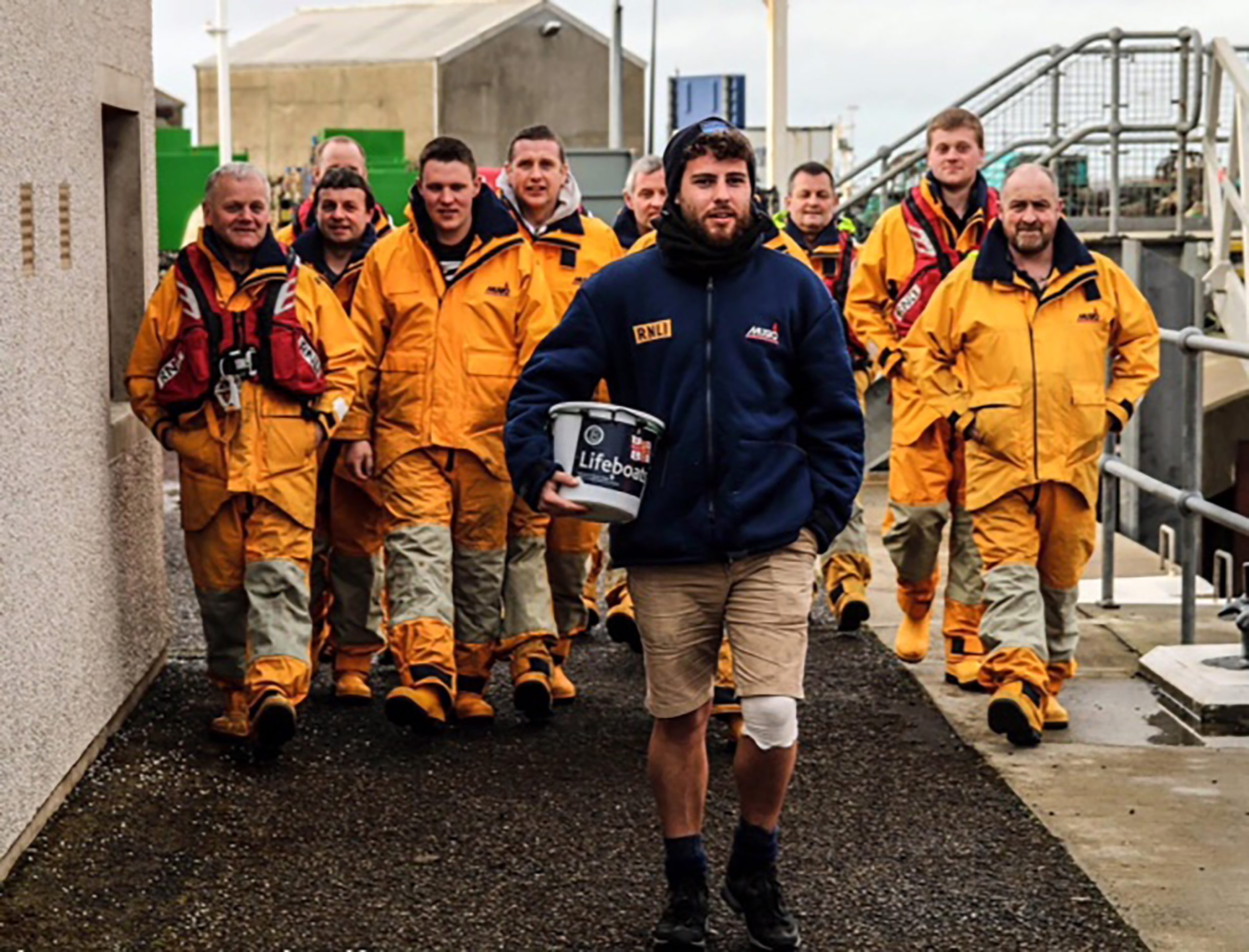 FOR… SAFEGUARDING WILDLIFE
Harriet Reid, The National Trust
The National Trust looks after 775 miles of the UK coastline and, via its Neptune Coastline Campaign, it continues to acquire more land in order to safeguard it for wildlife and future generations of visitors. The Trust also plays a crucial role in conserving endangered species, with staff often working in remote shoreline locations. Harriet Reid, for example, an NT ranger in Northumberland, lives on the uninhabited Farne Islands from March to October, monitoring seabird populations. Her job involves 5am cliff counts in a powerboat, and puffin census surveys. 'The Farne Islands are home to seals, puffins and around 160,000 seabirds, many of which are threatened or at risk in the UK,' says Harriet. 'The National Trust has been looking after this key ecosystem for 93 years, and I’m proud to be a part of that through my work.' nationaltrust.org.uk 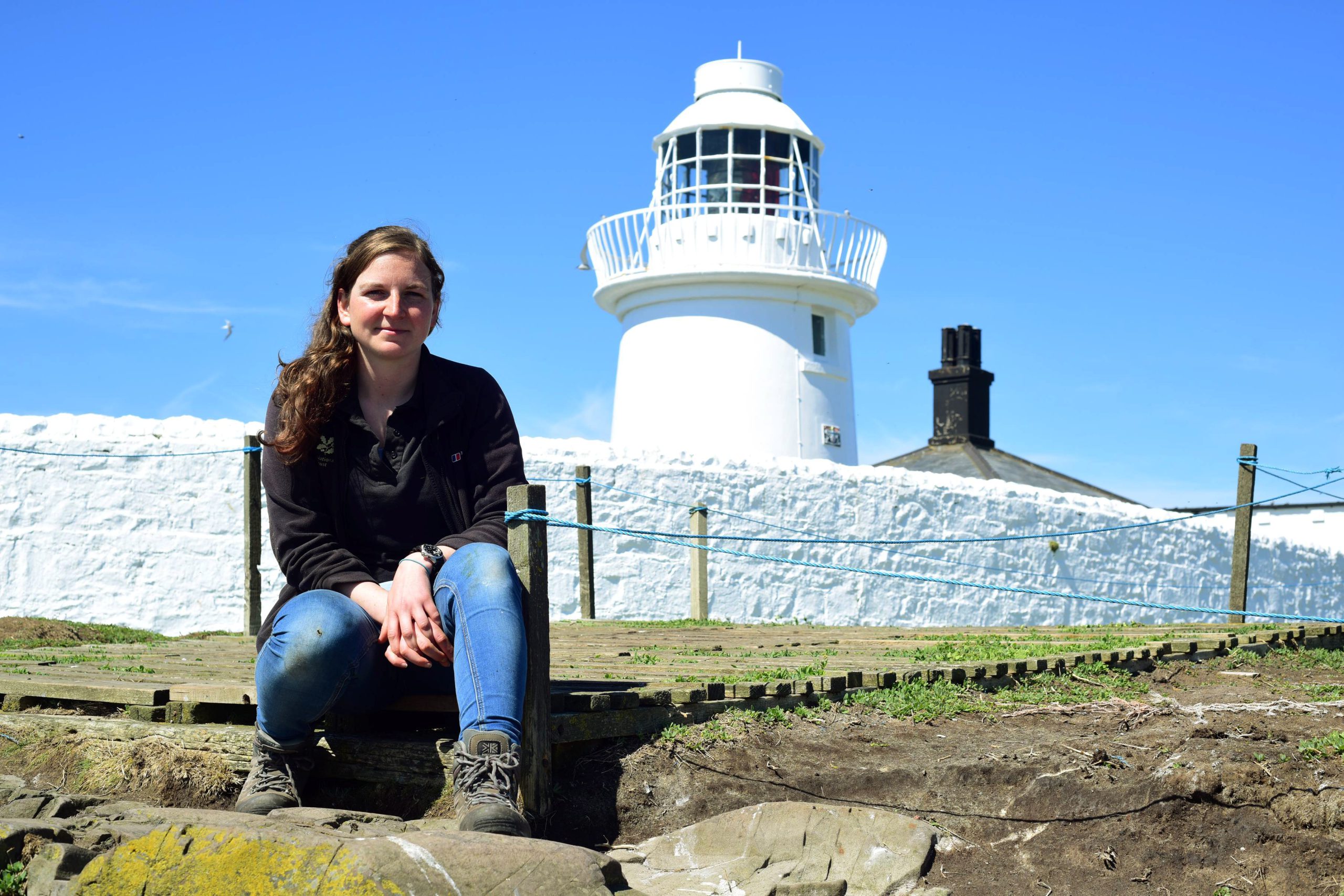 FOR… TACKLING PLASTIC
Natalie Fee, City to Sea
Through her organisation City to Sea, author, presenter and environmental campaigner Natalie Fee is devoting her life to revolutionising the way we think about plastic pollution – by joining the dots between how our behaviour on land affects our rivers and oceans. Among her award-winning campaigns are 'Refill' – a free tapwater initiative involving over 14,000 Refill Stations, stopping millions of plastic bottles being used – and 'Switch the Stick', calling on British retailers to switch from plastic to paper stem cotton buds. 'We’re committed to stopping plastic pollution at source by engaging communities, working with retailers and lobbying manufacturers to reverse the trend for disposable items in order to safeguard our seas for the future,' says Natalie. 'Through our fun campaigns we’re helping to put the power to stop plastic pollution in people’s hands.' nataliefee.com 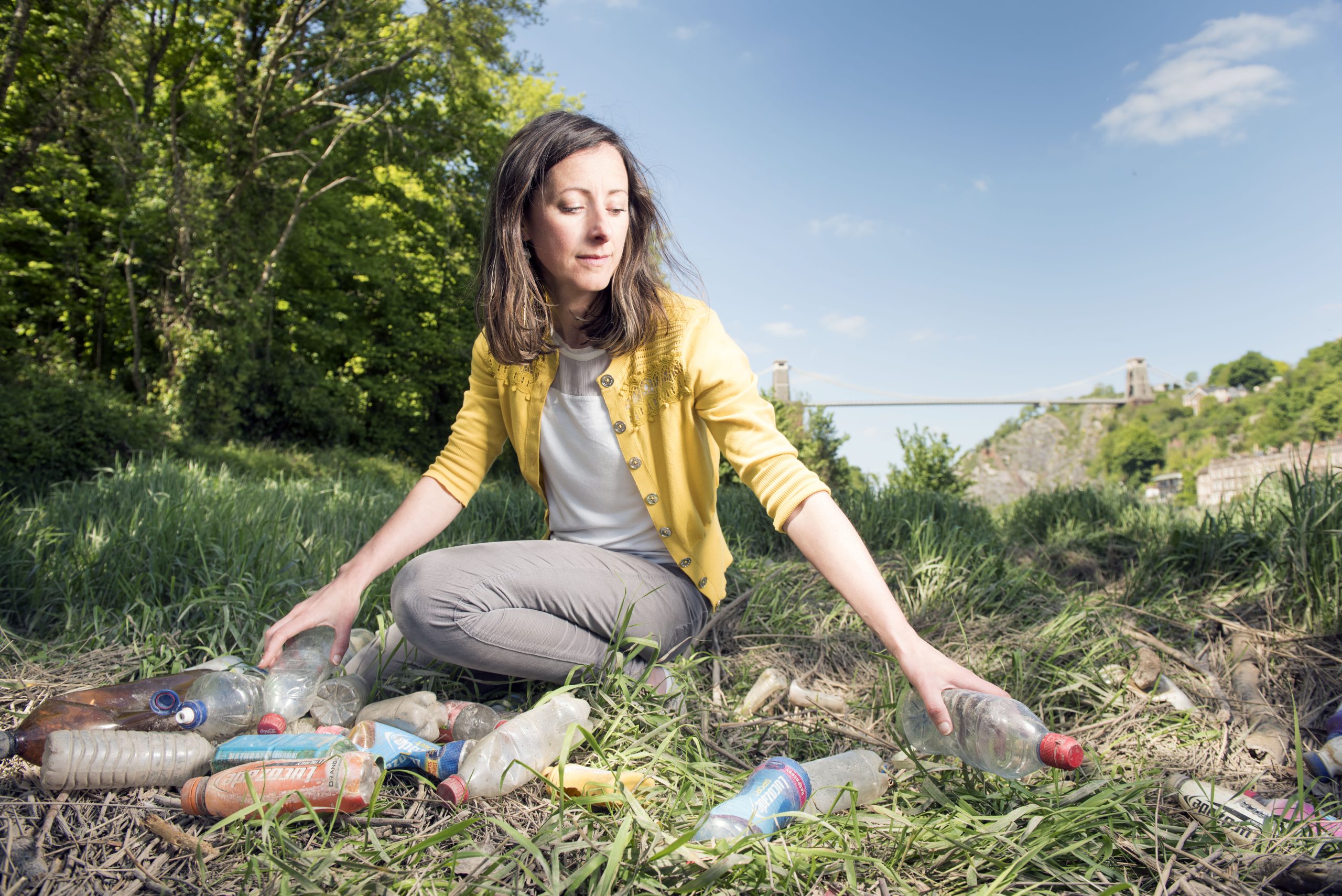