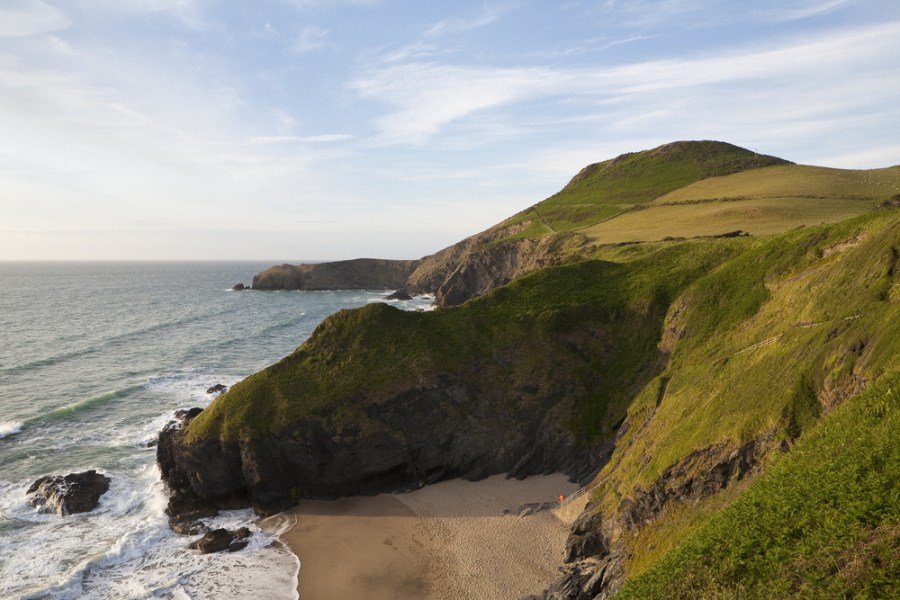 Llangrannog was the only beach I knew in my childhood. I must have been about 10 or 11 when I first went and, before that, I’d never seen the sea. I was living near the Black Mountains at the time, which was a beautiful place. There seemed to be little reason to go anywhere else. It was wartime, so people didn’t move around, and even after that austerity was rife.

Mercifully the Welsh Youth Movement – which was very strong in my school, because I come from a completely Welsh-speaking neighbourhood – organised children’s holidays all through the summer, and Llangrannog was the place where they had their one and only camp. It was an idyllic place on the west coast of Wales. Even for me, coming from the Black Mountains, it was very exotic and far away.

There were tents for the boys and the big hall, where we sang and danced and ate. And very, very segregated from the boys, probably the other end of a large field, were these little wooden huts, where the girls slept, with four bunks to each hut. I thought it was the most glamorous thing I’d ever seen.

My favourite memory is of the evenings: we’d spend the night around a campfire. People would sing and dance and recite – only Welsh things – and I was acting already, so I was able to recite quite a bit. I guess it was a bit Victorian, really. It was making our own entertainment; the last gasp of that sort of pastime for children. But for me it was just pure pleasure.

I haven’t revisited Llangrannog as an adult. I guess I would like to, but at least I see a painting of it every morning – my mother left it to me and I’ve put it up in my bathroom in London. It’s of the road that I know leads down to the beach and the encampment. I feel I see it a lot, but I don’t, of course.