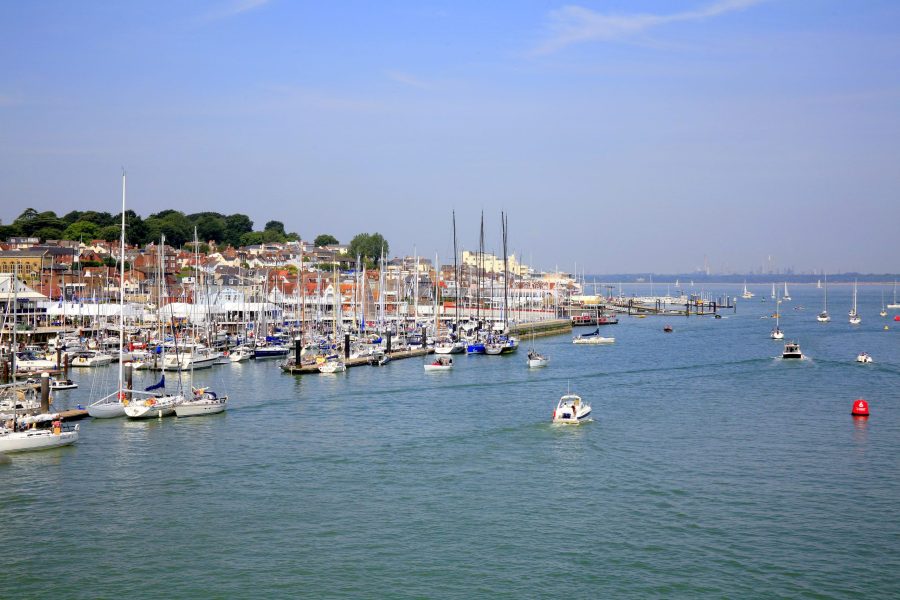 Never Gonna Give You Up singer Rick Astley shares his fondness for the coastline around the Solent, and tells us how sailing and music get him into a good place. Interview: Alex Reece

More recently, I’ve had a couple of motorboats, and I had one moored on the Hamble River. It’s a pretty amazing stretch of coastline, that whole area of the Solent. I really like sailing to Cowes on the Isle of Wight and having fish and chips, maybe because it reminds me of my childhood. And I’ve played at Osborne House (they do gigs there), which was one of Queen Victoria’s favourite places. There’s a lot of history on the island.

A perfect day on the boat usually involves a pub. There’s something quite special about drifting up to a little jetty and getting off your own mode of transport – even if you’ve borrowed it or hired it – having a pint, watching the tide come in or go out and then just pottering back at dusk. I think it makes you slow down. You can’t really do things quickly on the water – unless you’re racing, of course. It’s not about that. It’s the journey, not the getting there.

I’ve now got a small boat on the Thames, because I live very close to the river. Even if I just pootle down to Kingston, I feel better. I like being on the water. I've gone for a walk by the River Thames pretty much every day that I’ve been doing the new record. The lead single, Keep Singing, is kind of my story: that even from being a young kid, when things weren’t necessarily going great for me (my mum and dad divorced when I was very young and my dad certainly had his issues), being in the school choir – or singing in any shape or form – has got me into a good place, which was never more true than when I had a record out. And since then, although I did retire for 15 years, I’ve never really looked back.

Read more celebrity stories here or pick up a copy of the magazine. Have we chatted to your favourite famous personality?

Read more celebrity stories here or pick up a copy of the magazine. Have we chatted to your favourite famous personality?