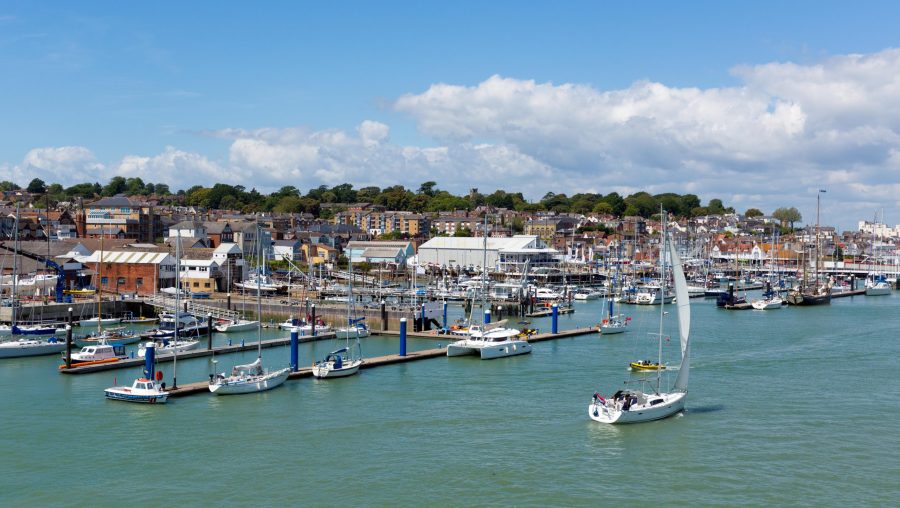 Gardener, TV presenter and novelist Alan Titchmarsh talks about his base on the Isle of Wight, where he enjoys writing in a sail loft while looking out over the Solent. Interview: Alex Reece

We live in Hampshire, but my wife and I spend about a third of our time on the Isle of Wight. We live on the coast in Cowes when we are there, and there are various bays, harbours and creeks all around the island that are wonderful to explore.

I got a boat in the mid-1990s and we kept it at Chichester. We’d pootle out into the Solent and frequently end up going across to the Isle of Wight. We discovered then what variety it’s got. It’s 23 miles by 13 – much larger than people think – and it’s rolling downland in the interior, with amazing beaches. We’ve come to know the people well, and in the end we decided we’d quite like a base there.

I would find it very hard to live out of reach of the sea now. As we’re in Cowes, we get all the ocean liners and cruise ships turning in front of us when they leave Southampton Water and go off on their voyages. That’s always wonderful. Plus, of course, there’s Cowes Week – and yachts the whole year round. It's a busy stretch of water but I love that.

I’ve got a little boathouse, which we’ve restored, and I go up in the sail loft, look out across the water and tap away at the laptop. Part of my new novel was written there. It’s about someone who’s been married for a long time and who’s sort of disappeared into his marriage. It happens sometimes (it’s not happened to me!), but I wanted to give him the opportunity of re-discovering himself.

Coastal gardening can be quite challenging, but I’m learning. And being surrounded by water generally prevents temperatures dropping dramatically, so I can plant things that are too tender to flourish inland, such as echiums – those tall, towering, blue plants. I’m even planting succulents outside. It’s only the second year in my garden on the island and it’s quite an exciting time.

Mr Gandy’s Grand Tour by Alan Titchmarsh is published in hardcover by Hodder & Stoughton at £18.99.

Read more about coast-loving celebrities here or pick up a copy of the magazine.

Mr Gandy’s Grand Tour by Alan Titchmarsh is published in hardcover by Hodder & Stoughton at £18.99.

Read more about coast-loving celebrities here or pick up a copy of the magazine.