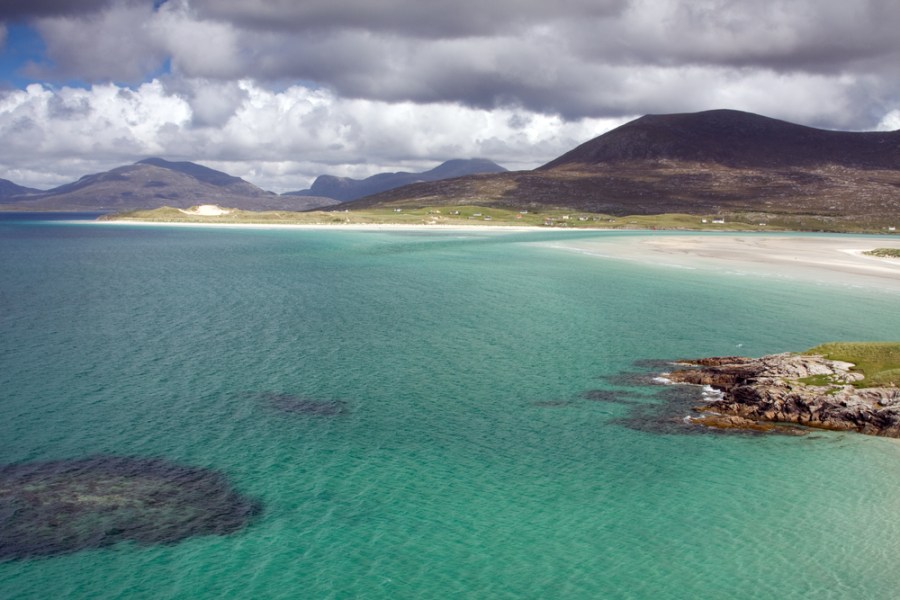 Countryfile presenter, farmer and author Adam Henson describes the otherworldly appeal of Scotland’s Western Isles, and why he enjoys spending time with his dogs by the sea. Interview: Alex Reece

In the Cotswolds where I live, we are completely landlocked – we’re miles from the sea. And I love it when I get to go to the coast with work or for pleasure. With Countryfile, I’m fortunate to have travelled all around the British Isles, so it’s very difficult to choose a favourite spot. I love the Western Isles, though. I’ve been out there doing various stories. One of them was about mink, which were taking the ground-nesting birds.

The islands are amazingly unspoilt and look absolutely stunning. You can get four seasons in one day. There are clear, blue seas, white sand and a dramatic coastline. They’re rich in wildlife as well, with incredible things to see while you’re there.

Although they seem a million miles from anywhere, the islands are reasonably accessible, but you just feel like you’re on a different planet. Where I’d really like to go next is St Kilda (40 miles west of the Western Isles), and apparently it’s difficult to get to. They’ve got the wild Soay sheep there, the most ancient indigenous British breed, and we’ve got some on the farm. We run a place called Cotswold Farm Park, which my dad started, because he was into rare breeds conservation.

I’ve done a little surfing, but I’m not very good at it. We went to Polzeath, in Cornwall, for February half-term last year. I was like a top dad because I went out with my 15-year-old son into the waves. But I have to say he was better than me. We took our dogs with us when we went down. We’ve got two Hungarian wire-haired vizslas (Boo and Olive), really big, lovely, friendly dogs, and it’s great walking along the coast with them. I’ve also got two Border collies – Peg and Pearl – Pearl is retired, she is 13, and Peg is nine and working well. She’s invaluable to me on the farm.

Obviously, with my book, A Farmer and His Dog, I love being around dogs, and to see them enjoying themselves is fantastic. They love being by the sea. They get really excited, charging around in the surf and mucking around on the beach.

A Farmer and His Dog by Adam Henson is published by BBC Books, priced at £20.

Read more coastal stories from celebrities in our Coast Celebrities section here. Read the latest additions in the latest issue of the magazine.