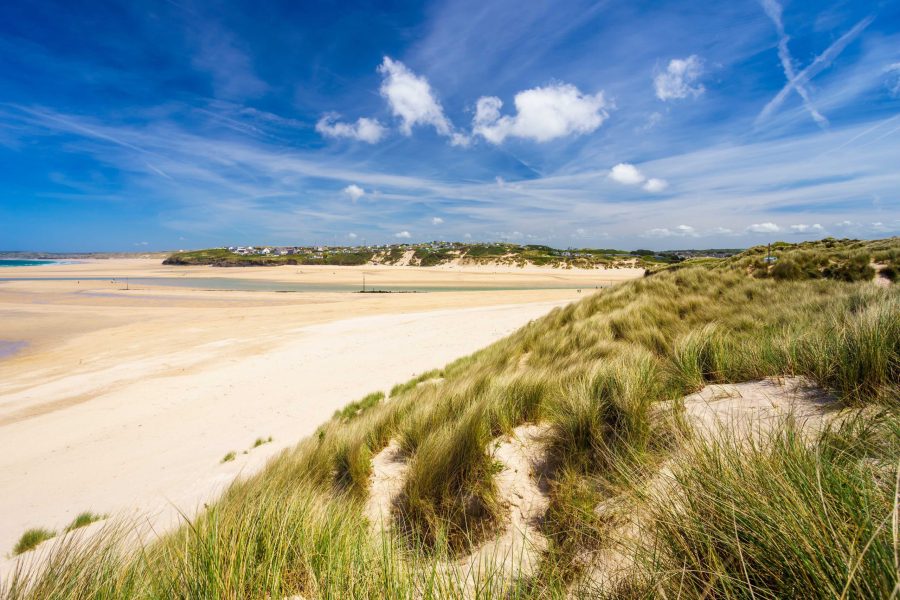 Whether you want to buy a quayside cottage, a beach flat or a waterfront house, Cornwall has it all. Here, we pick our favourite hotspots

FOR AFFORDABLE VIEWS
Looe (south coast)
In this salty little harbour town on Cornwall’s south coast, higgledy-piggledy terraces of houses tumble down the wooded banks of the lovely Looe Valley. And across all price ranges, there is a better-than-average chance that your house will have views of the fishing quays, the East and West rivers, the beach, the sea or the countryside. In the steep streets of upper Looe, vehicle access is limited and the gardens are often tiny, but it’s affordable (cheaper than nearby Fowey). A quayside cottage can sell for under £200,000, while a roomy detached with views of Looe Island from Hannafore Point can fetch up to £700,000. The scenic Looe Valley branch line connects to mainline trains to Paddington. Average house price: £315,380 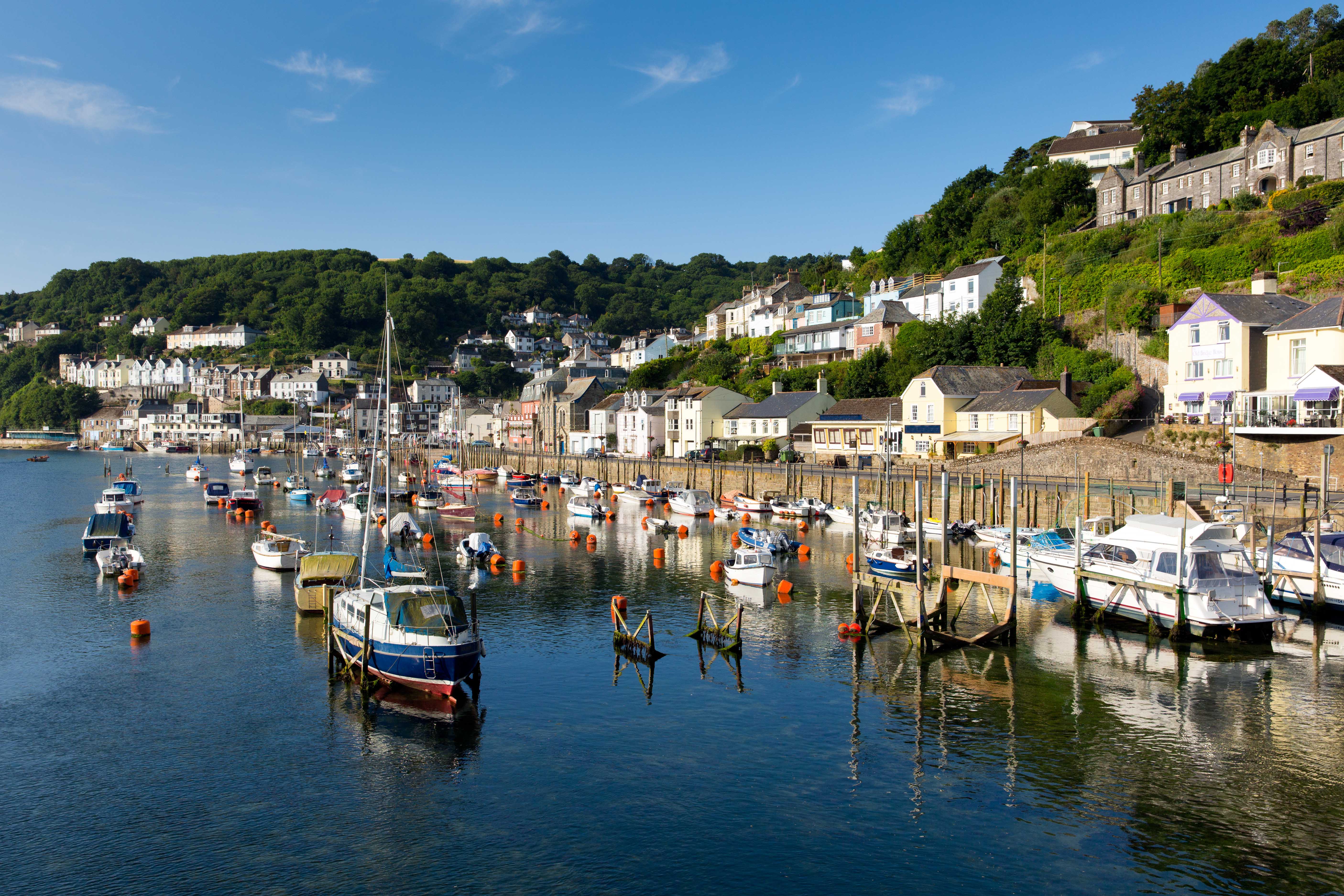 FOR SURFERS AND FAMILIES
Newquay (north coast)
With seven glorious beaches and a lively, youthful vibe, Newquay is Cornwall’s surfing central – but this breezy north-coast town is not just for weekends. Grown-up surfers have a habit of sticking around, and even settling down (investing in local businesses or raising broods of little surfers), and it’s easy to see why. Newquay has spas, bars, great restaurants (including Rick Stein’s fish-and-chippy on Fistral Beach), handy connections (a railway station and an international airport), good schools and affordable houses. There are a few millionaire properties on sought-after Pentire Head, or on the banks of the River Gannel Estuary, but in town, three- or four-bedroom Victorian houses sell for under £300,000; shiny new-build apartments for under £200,000. Average house price: £294,010 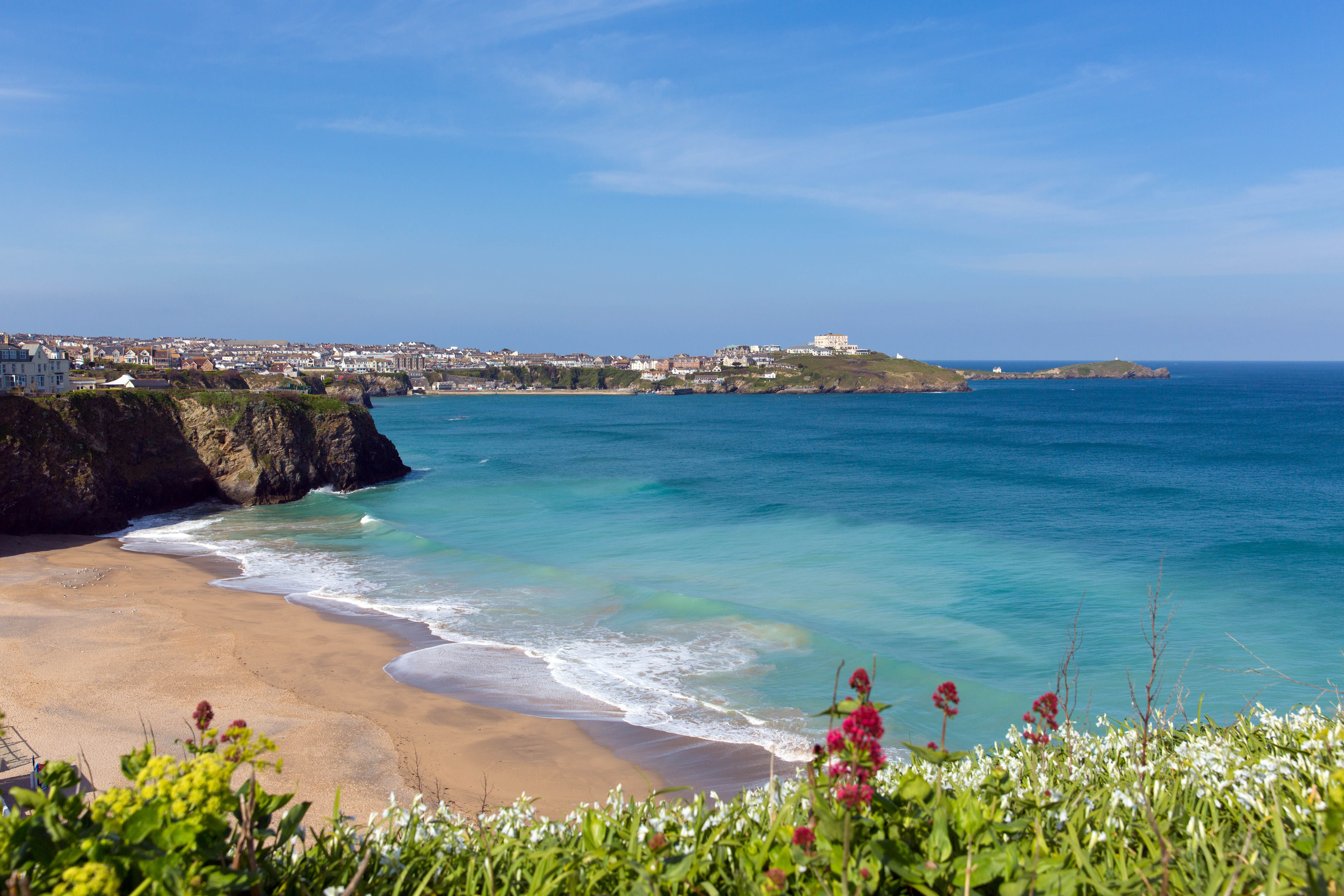 FOR VILLAGE LIFE
St Agnes (north coast)
Popular St Agnes is Cornwall in a nutshell: a great mix of community, natural beauty, legend (Bolster the Giant is a local celebrity), roses-round-the-door cottages and rugged beaches overlooked by atmospheric industrial ruins (the engine houses at Wheal Coates are among the most photographed sites within the Cornish Mining World Heritage site). The pretty village (butcher, baker, fishmonger, galleries and organic food) trails downhill to Trevaunance Cove. From nearby Chapel Porth, you can walk all the way to Porthtowan. Cottages from £260,000; family house at Chapel Porth around £650,000. Average house price: £443,150 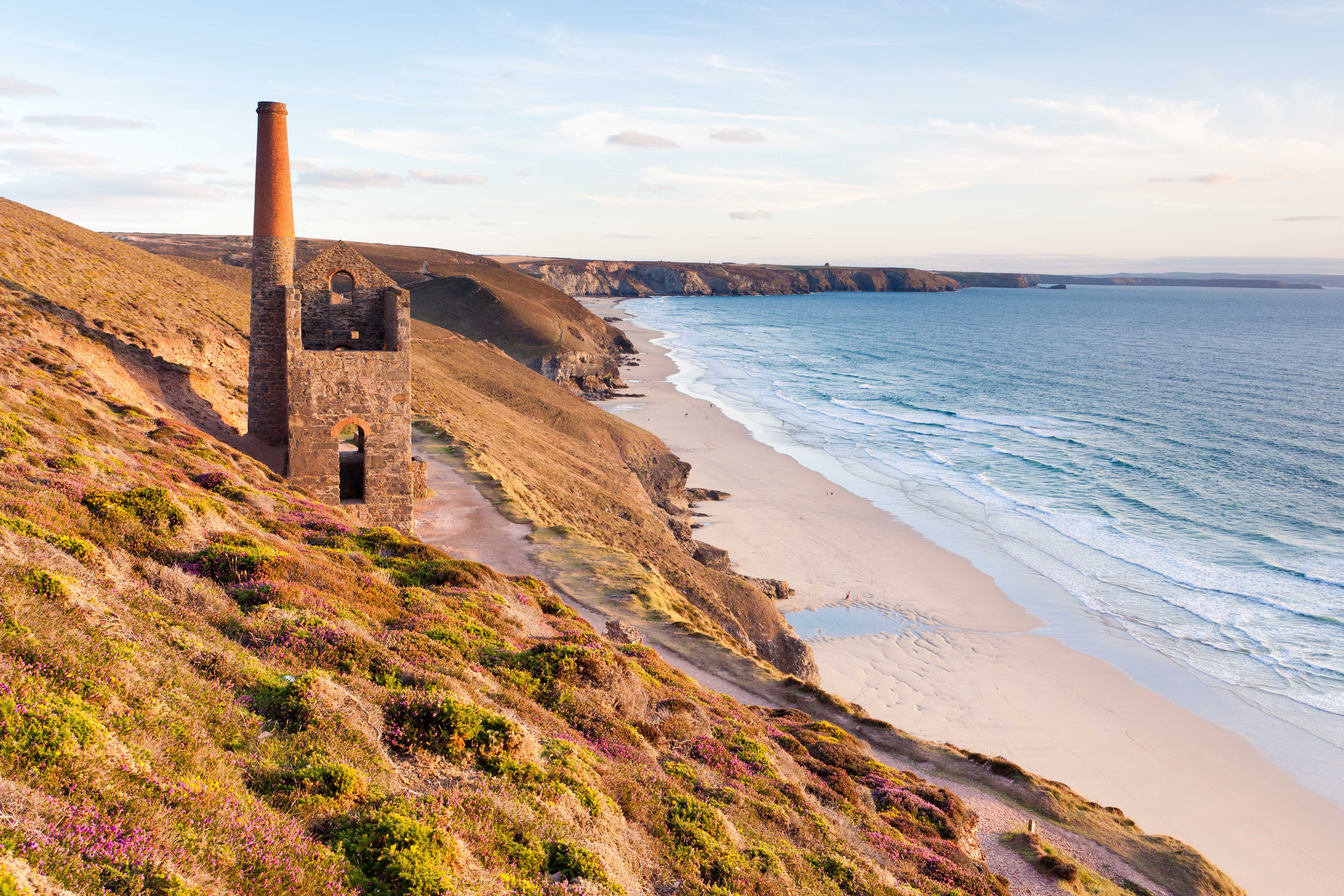 FOR THE POLDARK FACTOR
Charlestown (south coast)
This 18th-century St Austell Bay village stood in for the city of Truro in BBC’s recent remake of Winston Graham’s Cornish epic, Poldark. And it’s not its only film role. Charlestown Harbour has also appeared in Doctor Who, Treasure Island and Mansfield Park. But it’s Poldark that has fired the imagination with five successful series. Home to Square Sail (whose fleet of replica tall ships are docked in Charlestown) and a Shipwreck & Heritage Centre, it’s all granite and cobbles; there is a sandy beach; most of the houses are Georgian and Grade II-listed. Cottages from £250,000 up to £600,000 (if you want frontline views of the action). Average house price: £234,250 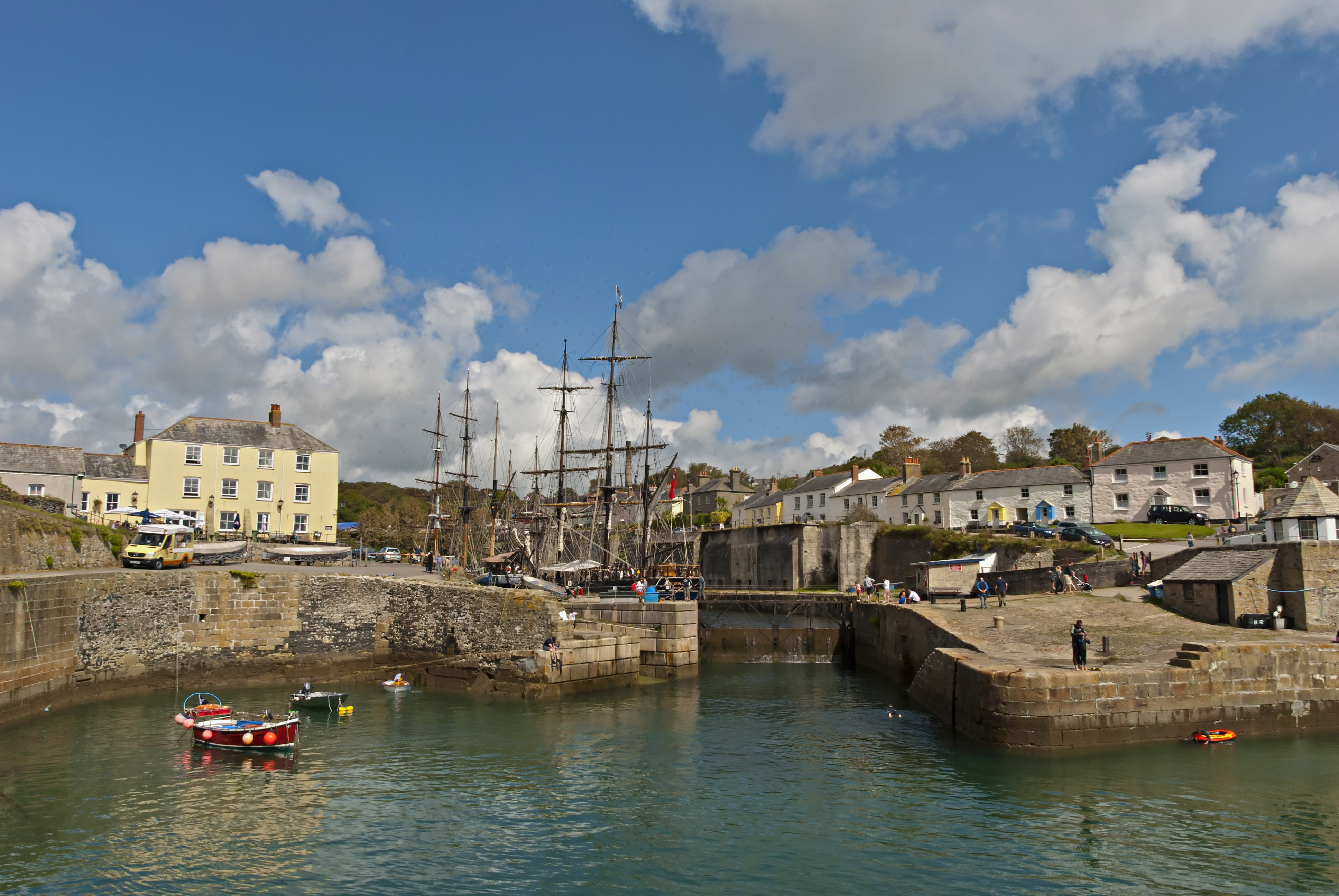 FOR YACHTS AND YUMMY HOUSES
St Mawes, Roseland Peninsula (south coast)
When designer and hotelier Olga Polizzi turned an old yachting club into the nautical-chic Tresanton Hotel back in 1997, she sealed St Mawes’ reputation as Cornwall’s most fashionable sailing centre – a round of Pimms, power-boating and summer regattas. Property prices are among the most expensive in the county, but for those who can afford St Mawes, it’s an idyllic spot. Tucked away on the toe of the sleepy Roseland Peninsula, where the Percuil River meets the Fal Estuary, its harbour quays gaze across the water towards Falmouth. On the seafront, rows of thatch and colour-washed cottages look irresistible, but they won’t leave much change out of £2 million. Average house price: £1,056,160 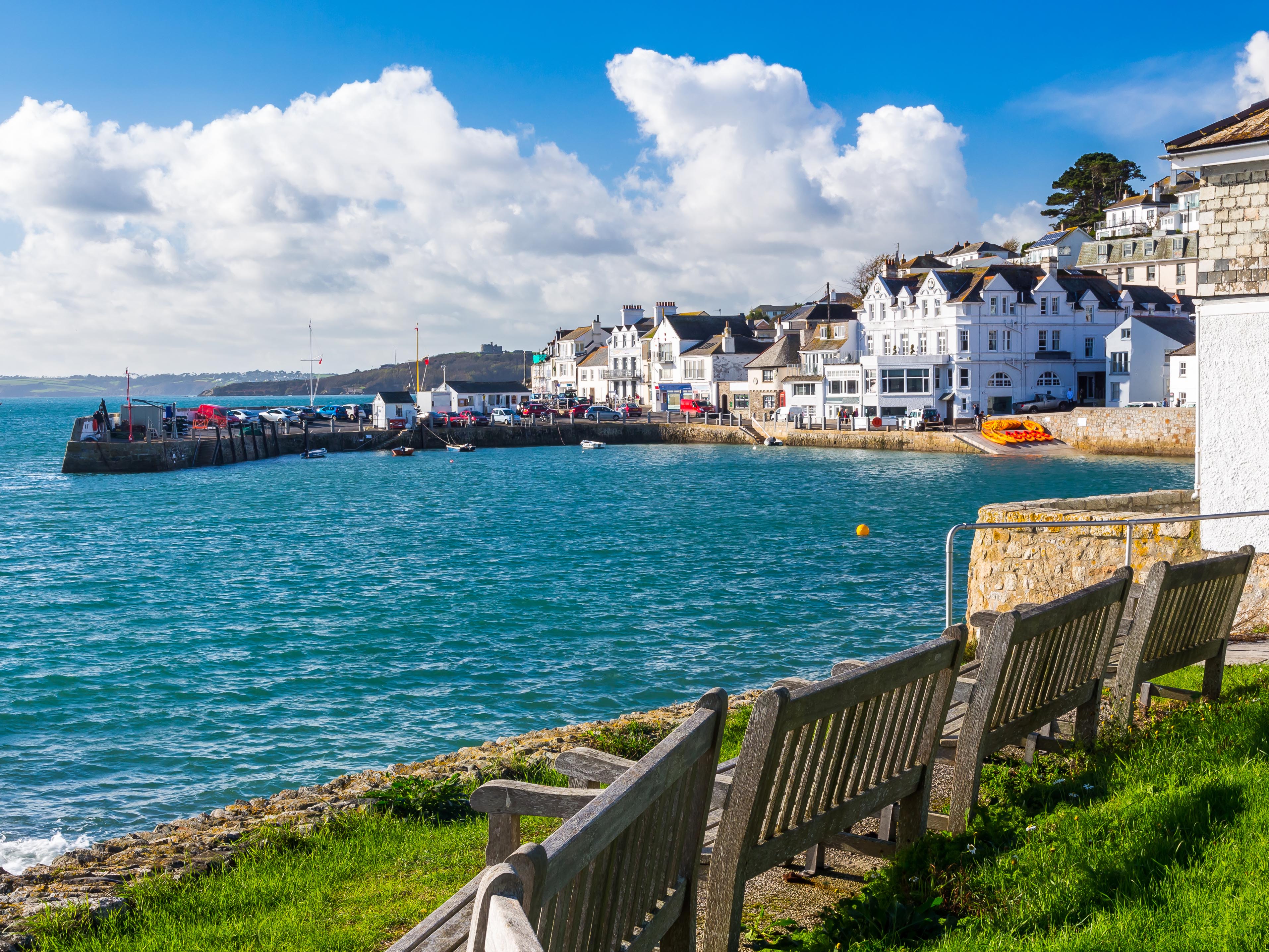 FOR A CITY FIX
Kingsand-Cawsand and the Rame Peninsula (south coast)
This is a best-of-both-worlds scenario: a fist of dreamy Cornish headlands within commuting distance of Devon’s City of Plymouth. In the so-called ‘Forgotten Corner’, Kingsand-Cawsand is a pair of adjoining villages with two little beaches, a harbour slipway, narrow streets of fishermen’s cottages and views across Plymouth Sound. For the city, take a foot ferry to Stonehouse or the Barbican. A bus takes longer, via Whitesand Bay (note the beautiful beaches) and the Torpoint car ferry. Or from nearby St Germans, be in Paddington in four hours or Plymouth in 17 minutes. Expect to pay around £400,000-£600,000 for a three- or four-bedroom terrace on Kingsand seafront; £250,000 for a two-bedroom backstreet cottage. Average house price: £418,215 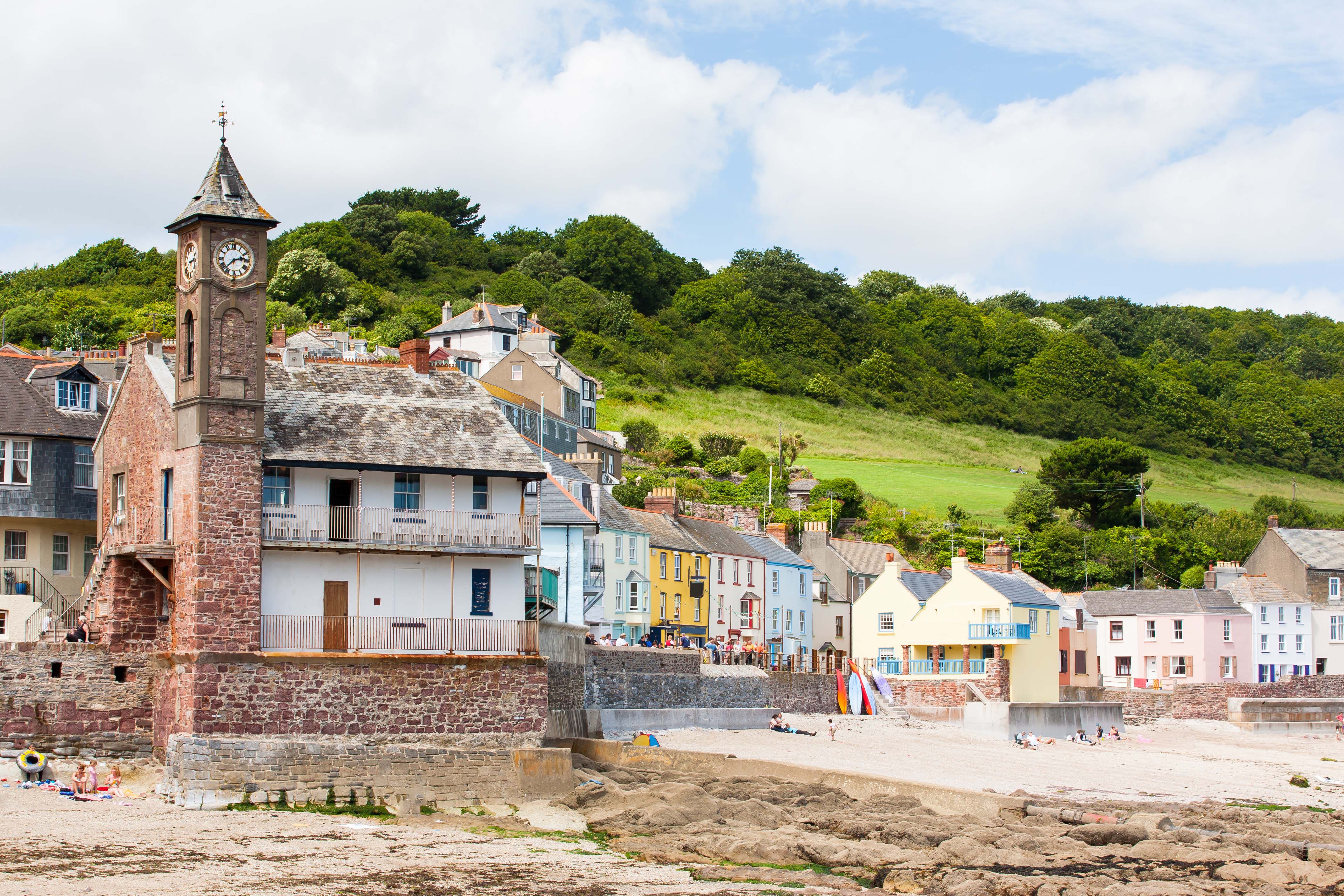 FOR BEACHES ON A BUDGET
Hayle (north coast)
This former industrial town – one of the principal ports for the tin and copper mining industry – is only a whisper away from St Ives, but its properties are almost half the price. Okay, so it’s not as pretty as its arty neighbour, but just look at the beach: three miles of golden sand dunes stretching from Hayle River to Godrevy Point. Part of the Cornish Mining World Heritage site, the little town has a colourful past, but it has a bright future, too: an ambitious regeneration is well underway for the disused harbour area, the old town’s 19th-century foundries and warehouses are already finding new uses. Expect to pay around £130,000 for a two-bedroom cottage; £450,000 for a six-bedroom detached. Average house price: £241,535 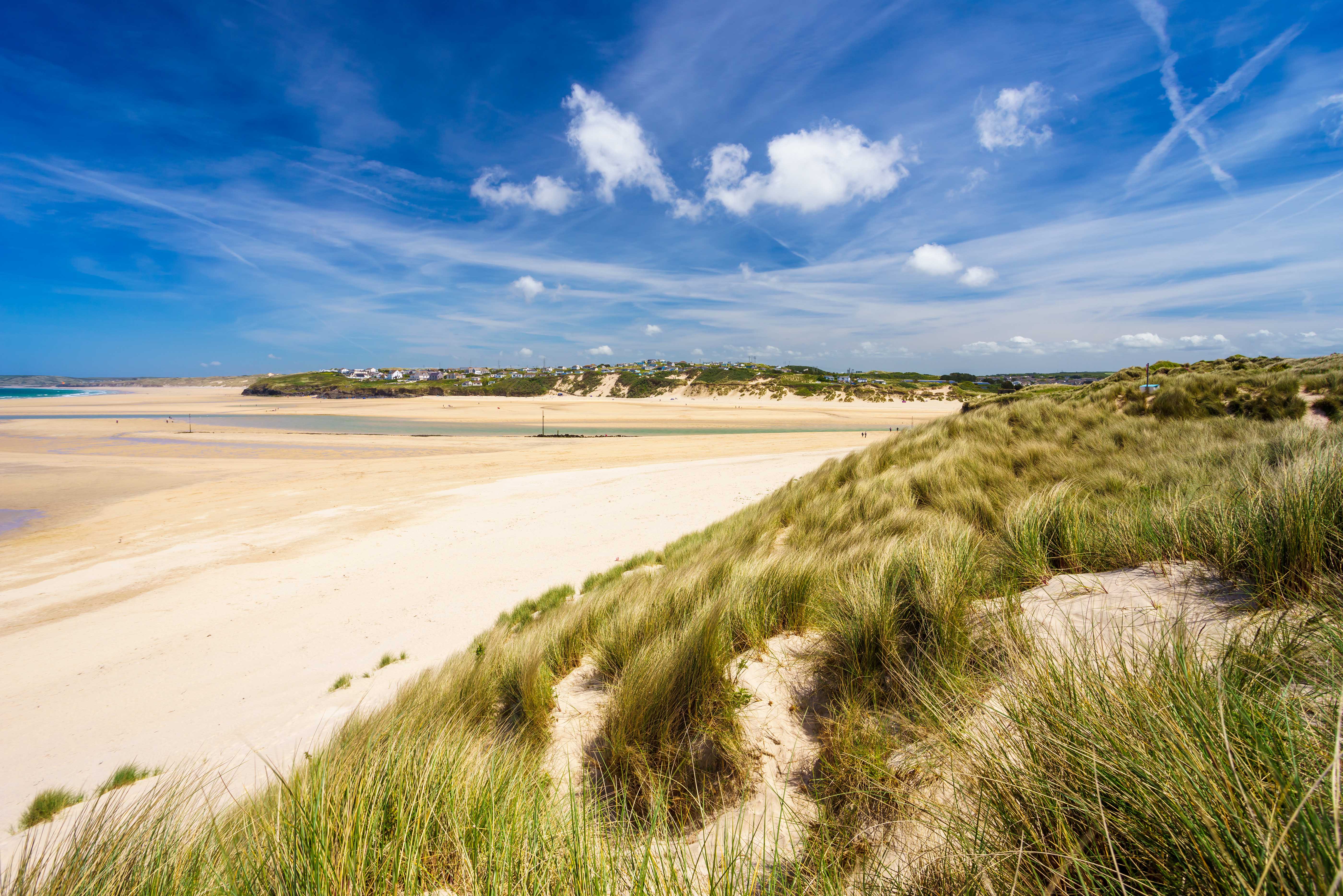 FOR SAILING, SEAFOOD AND CULTURE
Falmouth (south coast)
Truro is Cornwall’s capital, but seafaring Falmouth is its beating heart – a colourful combination of port, Victorian resort and university town, it’s an all-year-round sort of place with great beaches, a thriving arts scene, a Tudor castle and one of the liveliest high streets in the county. Local seafood is served up in the town’s many restaurants: The Seafood Bar, The Shed at Discovery Quay, among others; and with Truro High School for Girls just half an hour away, the area is also great for families. Falmouth’s handsome Regency townhouses, which often have harbour views and lush, sub-tropical gardens, sell for around £300-£500,000. Pay around £400,000 for a flat overlooking Gyllyngvase Beach; £750,000 for a roomy period detached. Average house price: £354,500 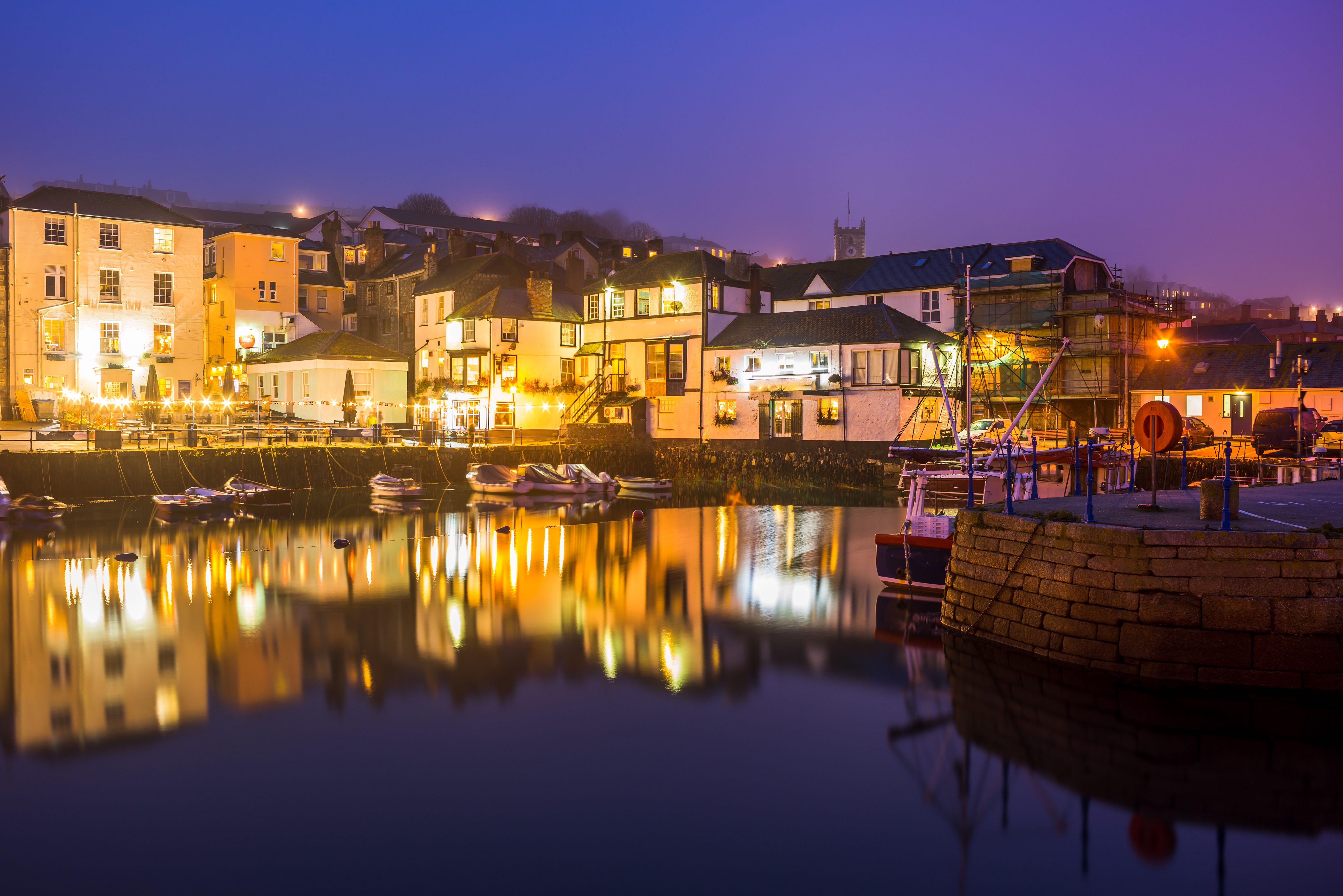 FOR ROMANTIC LANDSCAPES
Boscastle (north coast)
At the foot of the Valency Valley, which wiggles down to the ocean from the edge of Bodmin Moor, this is quintessential North Cornwall: a rocky harbour inlet set between brooding headlands, fishing cottages, old pilchard sheds and a whiff of smugglers. Crowds of summer tourists mill around the harbour – now fully recovered from the floods of 2004 – with its National Trust centre, tea rooms and Museum of Witchcraft. For a quieter Boscastle, climb the hill to Paradise (that really is its name); walk along the coast path to find some of Cornwall’s wildest, loneliest landscapes, its highest cliffs, Tintagel Castle, the beach at Trebarwith Strand. Prices range from around £200,000 for a stone cottage, up to £450,000 for a three-to-four-bedroom detached. Average house price: £320,060 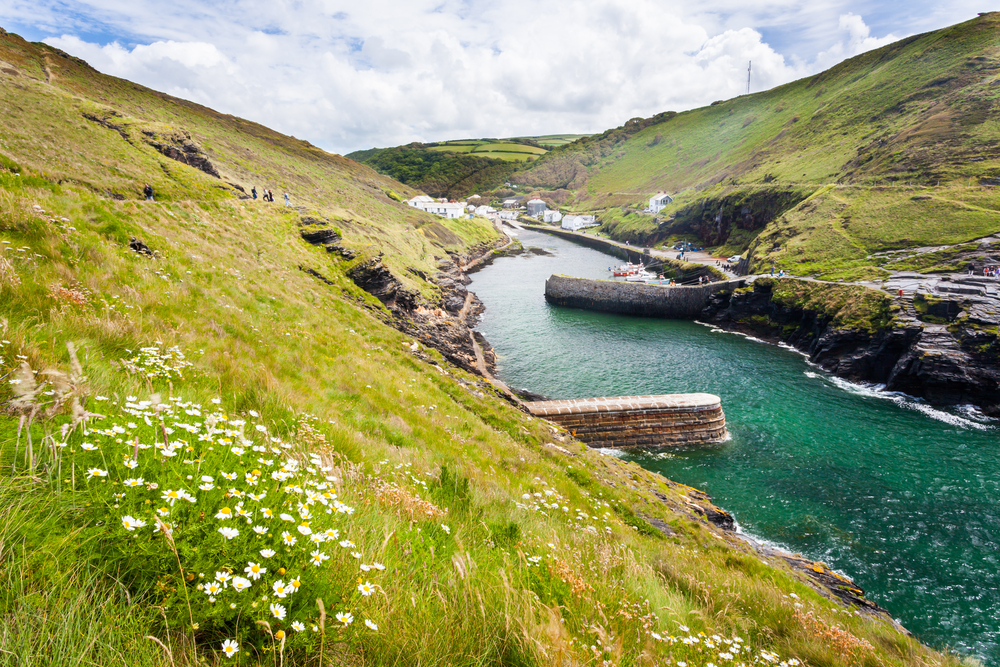 FOR ARTISTS
Penzance (south coast)
Priced out of St Ives, artists are gravitating to Penzance where property is cheaper and the light is just as good. The town also offers two prestigious galleries (the Newlyn and The Exchange), acres of botanical gardens, a wealth of history (take a walk down 18th-century Chapel Street), palm trees on the prom, and some of the best Georgian houses in coastal Cornwall (in Penzance, they call them ‘gentlemen’s residences’). The seafront’s Art-Deco Jubilee Pool has undergone refurbishment; and there are some interesting hotels, such as the Artist Residence and Chapel House. It’s the gateway to Land’s End and the wilds of the Penwith Peninsula, with Newlyn fishing harbour on the doorstep. There are also direct trains to Paddington. Average house price: £263,050 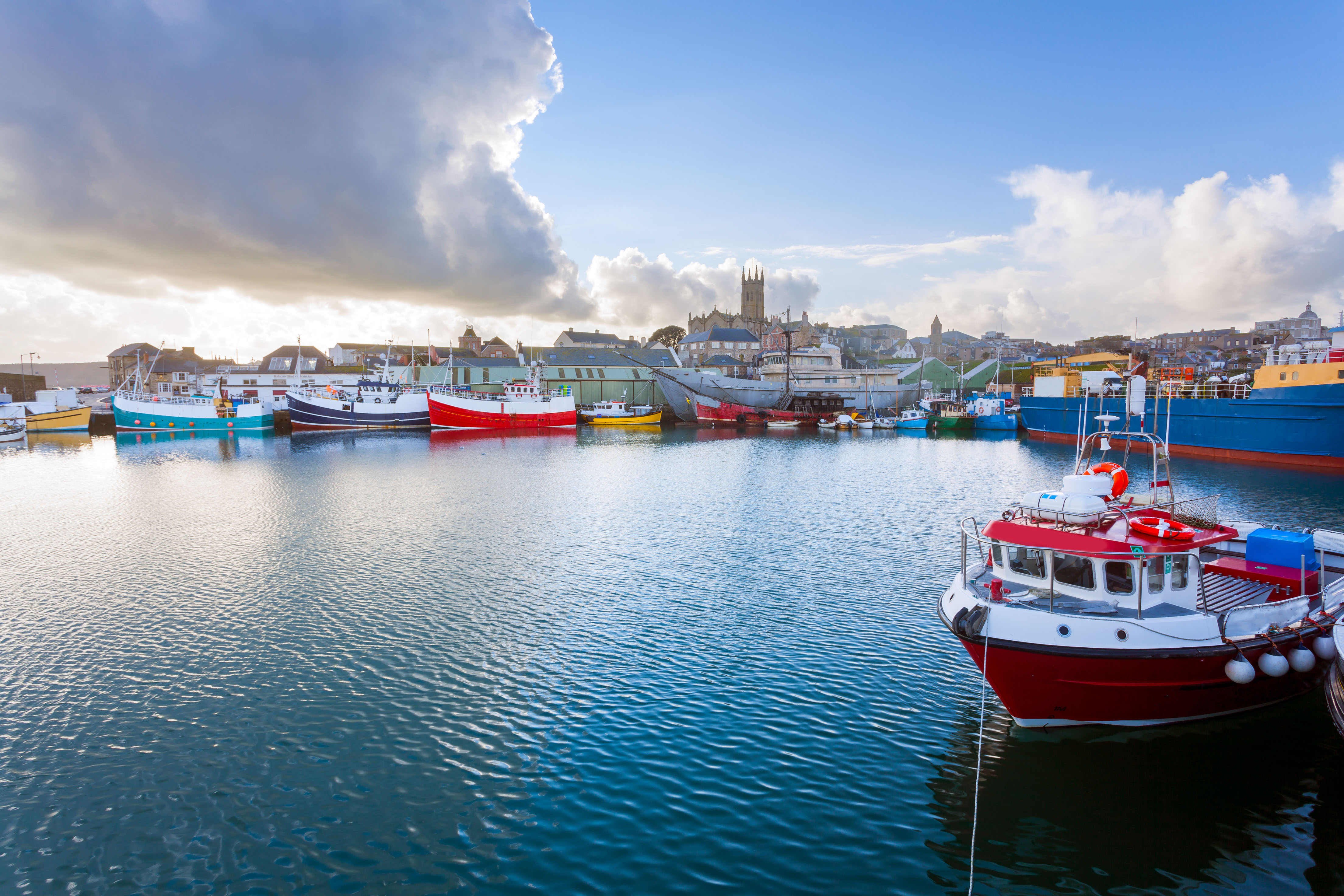 FOR ESCAPISTS
Cadgwith and the Lizard (south coast)
With its serpentine cliffs, secret coves and time-warp villages, the tip of the Lizard Peninsula – mainland Britain’s most southerly point – is one of Cornwall’s most out-of-the-way places. The village of Cadgwith had a moment of fame in 2011 when it was the focus of a BBC series, The Fisherman’s Apprentice with Monty Halls, but otherwise it’s a sleepy place with beached fishing boats on a sandy cove, thatched cottages, one pub and a blue, tin-clad chapel the size of a living room. Detached properties in Cadgwith, Lizard or nearby Bass Point sell for around £250-£650,000, with the higher prices going to clifftop cottages with spectacular views. Average house price: £495,750 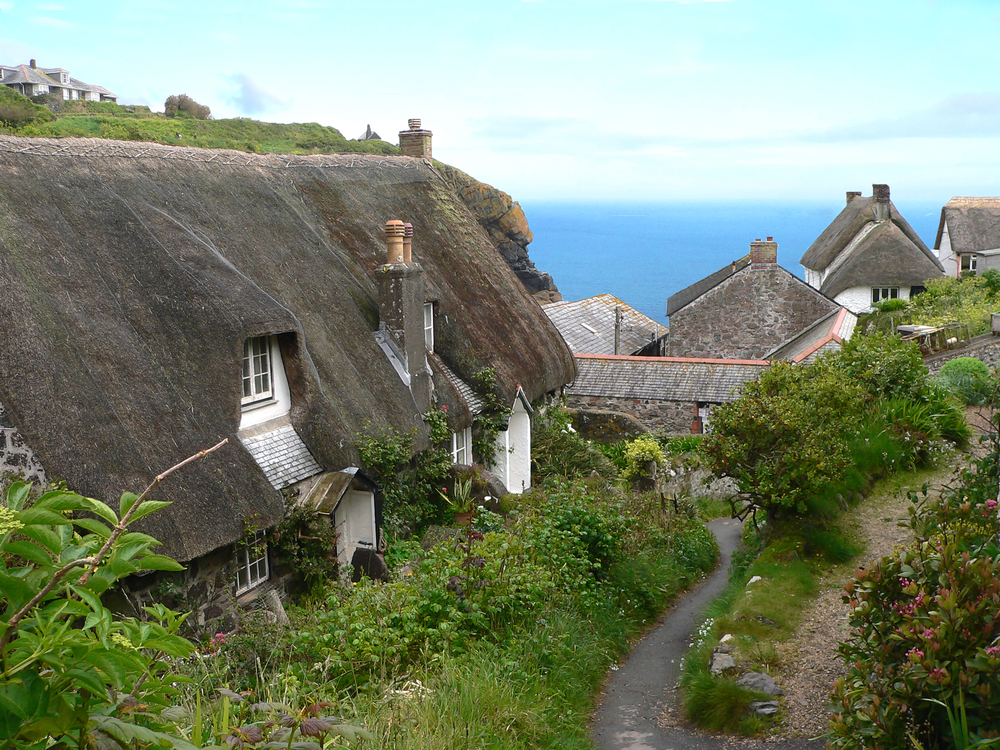 FOR LITERARY CONNECTIONS
Fowey Estuary (south coast)
Daphne du Maurier, Arthur Quiller-Couch and Kenneth Grahame (The Wind in the Willows) all have deep associations with this sylvan estuary; comedian-turned-author Dawn French also moved here – and they were all drawn by the same atmosphere and inspirational landscapes that makes modern Fowey (pronounced Foy) one of the most sought-after harbour towns on the Cornish coast. Ferries cross the wide estuary linking Fowey – a well-heeled harbour town lined with terraces of colour-washed merchant houses – and little Polruan with its boatyard quay and hilly streets. Both are within a cliff-path walk of beautiful beaches: Lantic Bay, Lansallos, Ready Money Cove and Polridmouth. House prices range from £250,000 for a small cottage with no view, or £1 million plus for waterfront numbers with private moorings. Average house price: £467,075 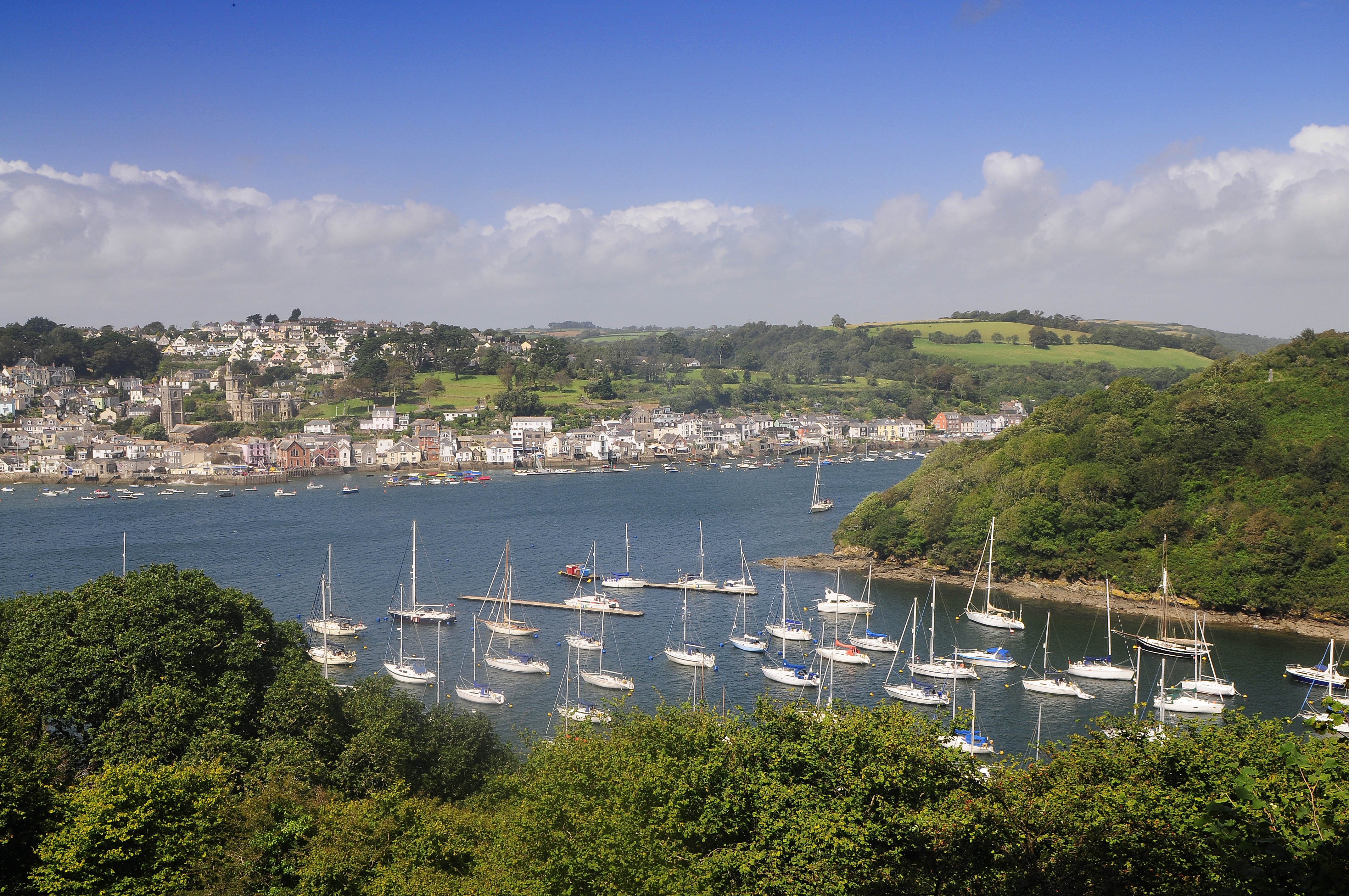 Find more inspiration for moving to the coast, click here or pick up a copy of the magazine.

Find more inspiration for moving home, click here or take a look at the magazine.