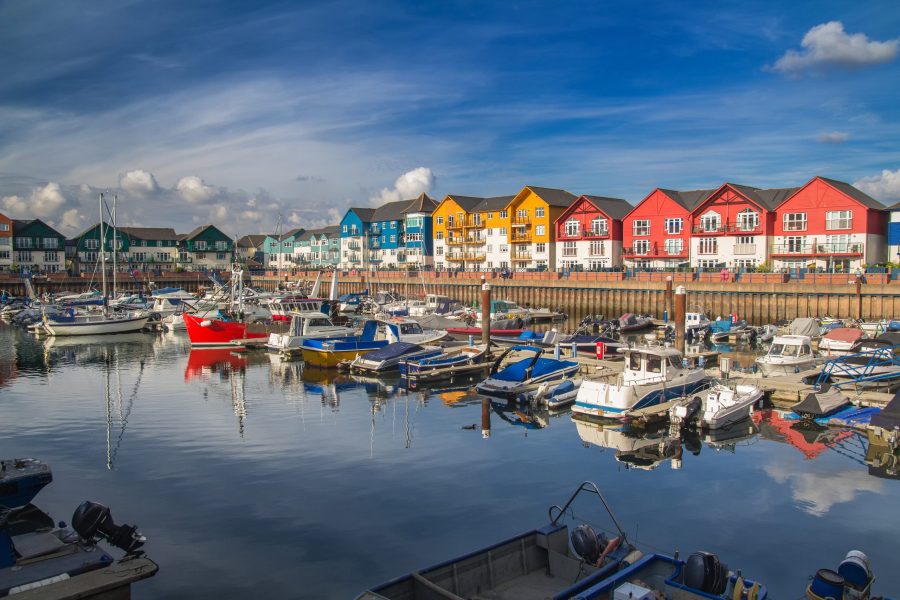 A wave of new developments is helping put this once-overlooked South Devon town back on the map. Words Lesley Gillilan
Exmouth is said to be the oldest seaside resort in Devon. With two miles of fabulous beach at the gateway to the World Heritage Jurassic Coast, it also claims the longest seafront in Devon and Cornwall. It’s been called the ‘Town of Flowers’ (a consistent winner in the Britain in Bloom competition). And there is nowhere better for kite-surfing.
Yet despite these attributes, Exmouth is often overlooked in favour of its better-known neighbours – Sidmouth, for example, or Budleigh Salterton, both of which command higher property prices. ‘The town is under-rated,’ agrees Lisa Findel-Hawkins, branch manager at Bradleys estate agency in Exmouth. ‘But thanks to changes and investments, people’s perceptions are changing.’
Exmouth’s reinvention began with the redevelopment of the town’s redundant docks, now Exmouth Quay, a jaunty sailing marina overlooked by new waterfront terraces of multi-coloured homes.
A branch of Mitch Tonks’ seafood chain, Rockfish, opened there in 2016. Michael Caines’ Lympstone Manor hotel and restaurant opened last year – the chef’s mansion is a just few miles upriver from Exmouth. According to Lisa, even the new M&S Foodhall has had an impact on the town. For her, though, what really sells Exmouth is its combination of natural assets and a great location: the red cliffs, the drama of the Exe Estuary, the beautiful countryside and Exmouth’s spectacular bay of rose-gold sand. And for a city fix, Exeter is just up the road. ‘It’s got the best of both worlds,’ says Lisa. 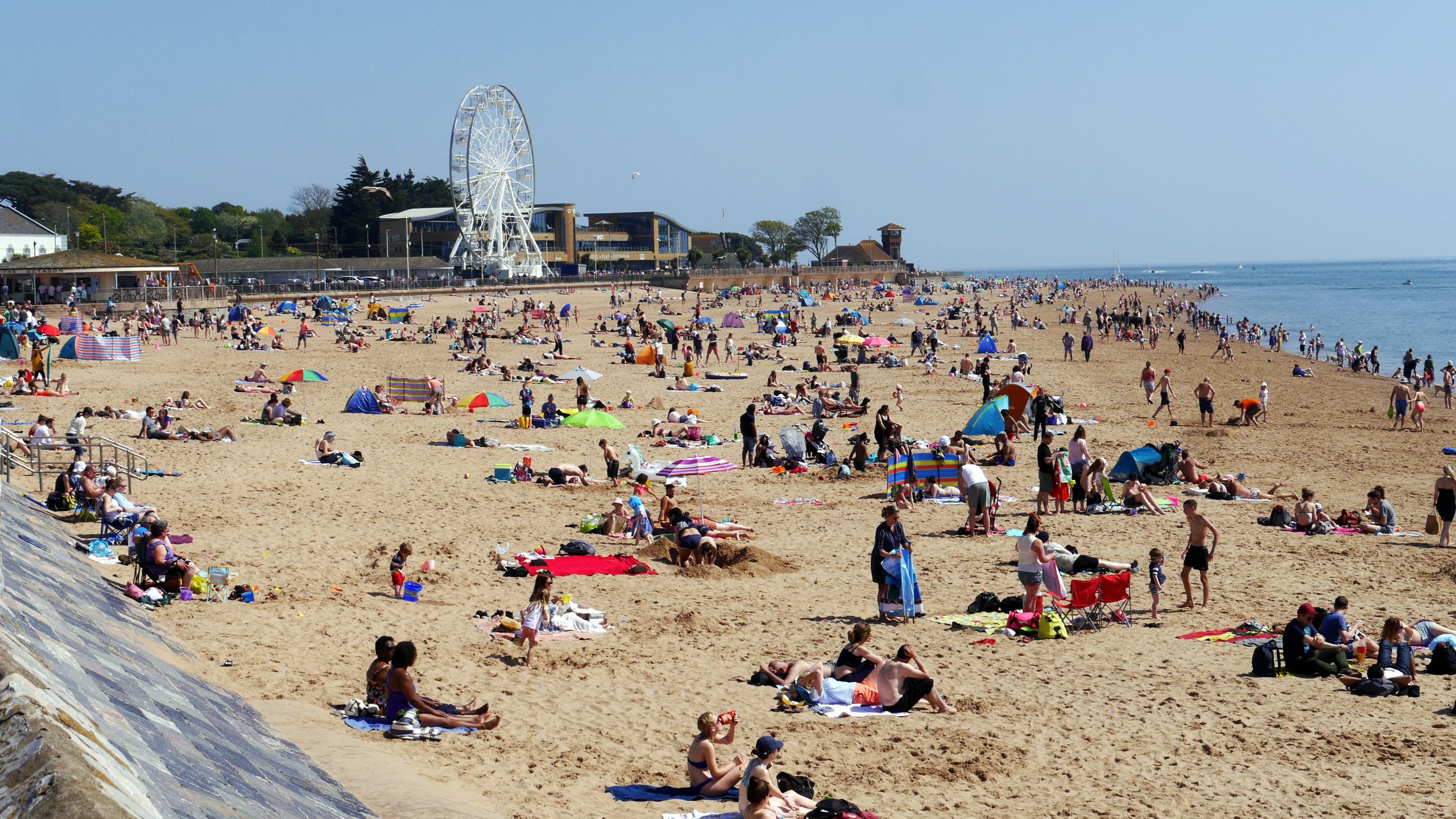 WHERE TO BUY
The posh bit is Foxholes Hill, where an enclave of elevated houses is set in cliff-top greenery overlooking the sea. On the little nub of land that sits between the marina and the town’s River Exe boatyard, there are some good Victorian houses (Camperdown Terrace boasts a few with waterfront gardens). There are some pretty Georgian streets around the town centre (try Bicton Street, or The Beacon). Morton Crescent is the seafront’s most prominent terrace, though its tall townhouses are largely converted into apartments. Modern houses and apartments overlook the marina at Exmouth Quay. And up-river, Lympstone offers a leafy village of cottages, a tiny estuary harbour and a local station, two miles closer to Exeter.
HOW MUCH
House prices start at around £200,000 for a two-bedroom town-centre cottage, rising to £750,000 for a period semi with sea views. Four or five-bedroom Georgian townhouses in the centre fetch £350-£500,000; or pay a little more for spacious Victorian and Edwardian semis in what Exmouth calls ‘the Avenues’. Apartments start at £100,000 for a one-bed bolthole (a snazzy, new-build marina penthouse was recently offered at just under £1 million).
TIME OUT
Exmouth is a major centre for watersports, particularly sailing, jet-skiing, kite-surfing and kayaking, but its long stretch of beach also attracts bucket-and-spade holiday-makers. Go rock-pooling at Maer Rocks or bird spotting on the Exe Estuary nature reserve; follow Exmouth’s Floral Trail (through the town’s parks and gardens), cycle the Exe Estuary Trail route up river to Topsham, or take the kids to Soft Play at the Ocean Centre.
In the summer, a foot ferry nips across the estuary from Exmouth Marina to Starcross Pier (and onwards, by bike, to Dawlish Warren). As well as the Michelin-starred Lympstone Manor, the area boasts some great restaurants, including El Olivo (for Mediterranean tapas) and the floating River Exe Café (the only way to get there is by boat).
TRAVEL LINKS
A scenic branch-line runs between Exmouth and Exeter St David’s station where you can join mainline rail services on the busy Paddington-to-Penzance route. London by rail takes three hours and 20 minutes; the journey to Bristol takes just over two hours. The 12-mile drive to Exeter takes about 25 minutes (and the M5 is just eight miles to the north). The nearest airport is Exeter International.
REALITY CHECK
The town’s only secondary school is Exmouth Community College which, according to Ofsted, ‘requires improvement’. Nearby independents include Exeter Cathedral and St Peter’s Prep School in Lympstone.
The town centre could do with a facelift, given the dominance of charity shops and down-market high street chains. Aside from the old-fashioned Exmouth Pavilion, night-life is equally lacklustre, though Exeter is only a hop and a skip away.
COMING UP
The evolution of Exmouth’s redundant docks into marina-village Exmouth Quay began nearly 20 years ago but is still ongoing, with the latest addition being The Point, a yachty new development at the Pierhead. Still in planning is an overhaul of the seafront with the proposed eco-friendly Exmouth Watersports Centre taking pride of place.
PAY A VISIT 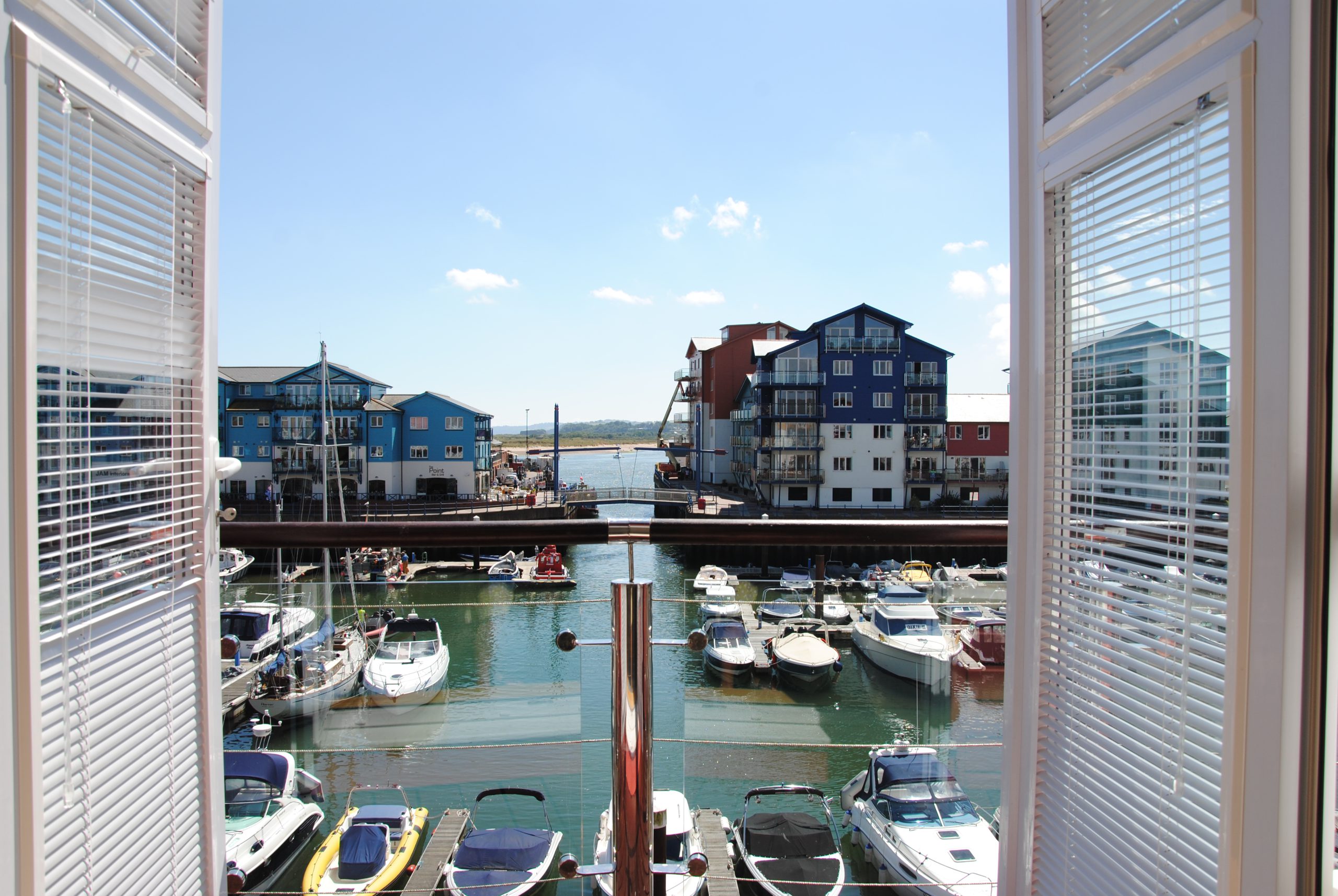 From a selection of one to four-bedroom holiday properties on Exmouth Quay marina offered by Sweetcombe Cottages, Clipper Wharf is a luxury townhouse with three bedrooms, open-plan living space, French doors opening onto a waterfront patio and views (pictured) across the marina towards the Exe Estuary. The town’s seafront promenade, beaches and local shops and restaurants are all close by. Self-catering from £485 per week.
Clipper Wharf (01395 512130, sweetcombecottages.co.uk)
CAN YOU AFFORD TO MOVE TO DEVON?
Exmouth: £326,961
Budleigh Salterton: £458,196
Devon: £302,976
UK: £354,564
Average house prices [July 2022]. Source: RightMove
Discover seaside homes for sale by the sea or pick up the latest issue of coast magazine for more inspiration.