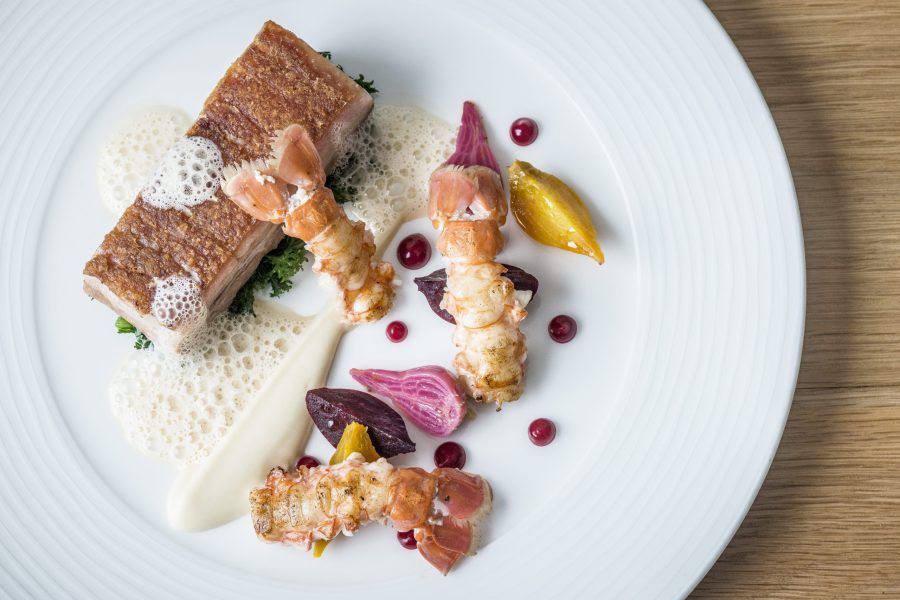 The transport issues that go with island life have often restricted the ingredients restaurants could use. However, rather than holding chefs back, their forced – and inventive – use of local ingredients has helped them become leaders in Britain’s burgeoning food scene. coast editor Alex Fisher gets tasting

The sun has just set and I slide onto a bench in a white-washed cowshed. Over the summer months, on tiny Bryher, the smallest inhabited island in the Isles of Scilly, this humble building becomes a ‘restaurant’. Ingredients are simple and they come from the islands: crab, scallops and mussels, frites and salad. That’s it. Wine is red or white. Over the course of the next hour I eat one of the most delicious, messy and memorable meals of my life. The Crab Shack, run by The Hell Bay Hotel, personifies all that is good about the enforced restrictions chefs work with on our islands. When the weather is bad, imports often grind to a halt. So, restaurants have to rely on local ingredients, using their skills to create unique dishes that reflect both the food and culture of island life.
THE ATLANTIC
The simple potato may not be a common ‘centre stage’ ingredient on a tasting menu, but on Jersey, home-grown Jersey Royals have a special significance. Unique to the island this waxy, nutty early potato has become synonymous with Jersey history and tradition. So, to Will Holland, executive chef of the Ocean Restaurant at The Atlantic Hotel, ‘it makes complete sense’. Previously at Coast Restaurant in Pembrokeshire (AA Restaurant of the Year 2015-2016) and tipped to be one of the ‘most influential chefs of the next decade’ by The Good Food Guide, Will has most recently launched The Tasting Room at the Ocean Restaurant. Serving only Will’s tasting menu, it has given him the creative space to devise a new gastronomical experience for the island. As well as his ‘salt-baked Jersey Royals with onion, capers and Comte’, he serves Jersey turbot fillet with yoghurt, coriander and teriyaki, Jersey pork with squid and celeriac, as well as Jersey scallop carpaccio and retired Jersey dairy cow tartare.
THOMPSON’S
Another island quickly gaining a reputation for its food scene is the Isle of Wight. Its status as a great destination for a traditional bucket-and-spade holiday still remains true, but the past five years has also seen a huge increase in foodie tourism. Famous for its seafood, garlic and tomatoes, exciting new chefs have taken up residence here and are using the local produce in experimental ways. One of the chefs leading this transformation is Robert Thompson – the youngest chef to have been awarded a Michelin Star – who opened his own restaurant, Thompson’s, in Newport in 2015. Here, he offers a superb tasting menu, utilising seasonal, local seafood, woodland mushrooms, kale and tomatoes, as well as gin made on the island. Dishes include monkfish tail cured in local sea herbs and Isle of Wight Mermaid gin and a sublime agnolotti of local Green Barn goat’s cheese in a beetroot consommé. Proud to be an ambassador for the island’s food producers, Robert says ‘there’s nothing like working with the flavours that are native to your environment’.

Liked this? Find more coastal restaurants here or pick up a copy of the magazine.