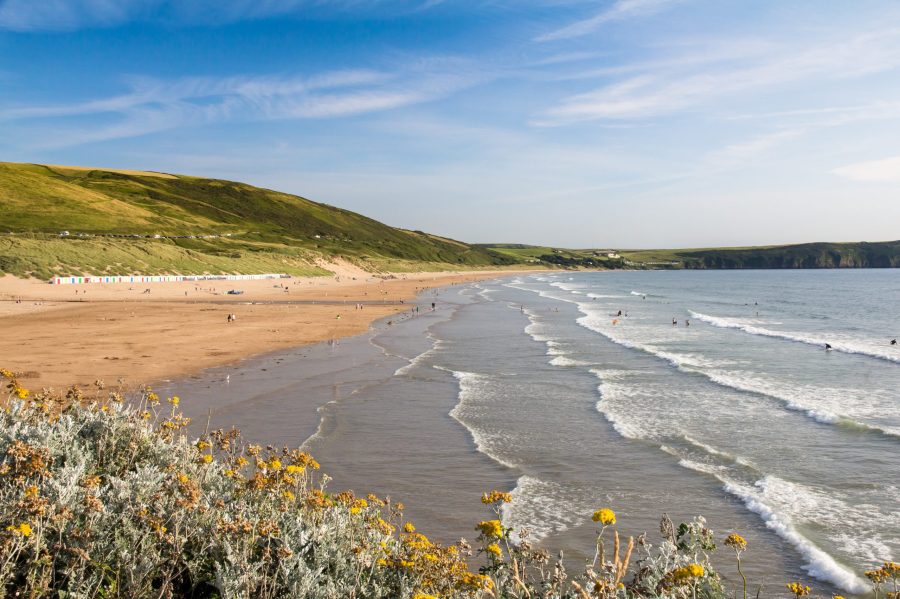 The finned visitor made an unexpected appearance in the shallows of a popular Devon beach. Words: Katie Avis-Riordan

The sight of a pointy grey fin emerging from the water is enough to send a jolt of fear through even the most dauntless of people. So when a fin broke through the surface of the shallows at Woolacombe Beach, it was lucky for National Trust beach rangers and RNLI lifeguards that the shark it belonged to was just a starry smooth-hound shark.

The metre-long fish, found by a member of the public on Wednesday last week, was out of its usual habitat and had got caught in the shallows. But there was no need to fear, as the shark’s nickname is Gummy Shark, due to their teeth being short and stout, not sharp and deadly, ideally suited for their crustacean diet.

The two Woolacombe Beach rangers on duty that day, Gudrun Limbrick and Freya Womersley, were notified and ran over to the fish, immediately recognising it as a shark. Normally a bottom-dweller, it had become confused in the waves. 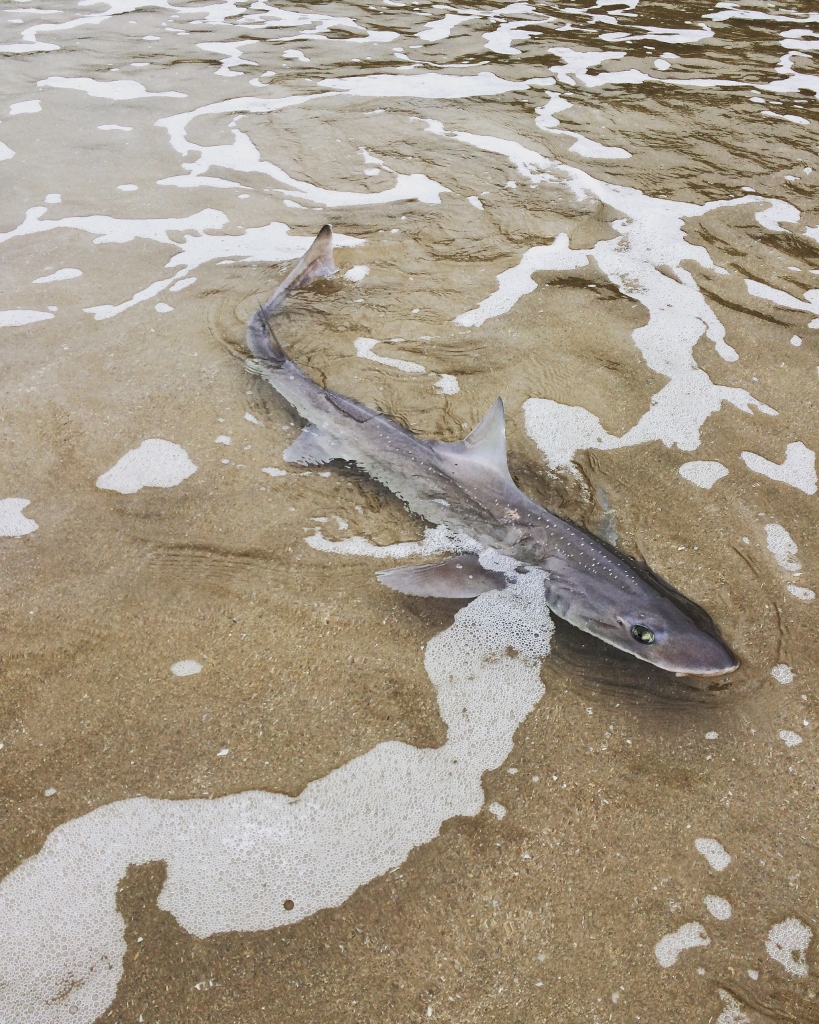 ‘We battled to keep her alive, by ensuring that no matter how shallow she got, she had water over her gills, and encouraging her to get out to deeper water,’ Gudrun says. ‘Time and again, we swam out with her beyond the wave, still in our uniforms, and each time we hoped she had continued out, but each time she came back into the shallows.’

However, as the shark became more exhausted, the beach rangers called in the help of RNLI lifeguards who are posted on the beach. They were able to spare time to help and took the shark out in their inshore rescue boat, releasing the shark into the deeper water she needed.

Gudrun says: ‘It was an incredible privilege to see such a beautiful animal at such close range and to play a part in in her rescue.’

The rare up-close encounter can be seen on video here: vimeo.com/178576396. For more information on the National Trust see here.

Keep an eye out for more Coast nature stories here and in the magazine.

Keep an eye out for more Coast nature stories here and in the magazine.